How To Elude Russian Hackers With Decent Password Security

Details from the Department of Justice indictment of Russian hackers on Wednesday show that many people are still not taking routine precautions to safeguard their email accounts — and hackers are exploiting that. 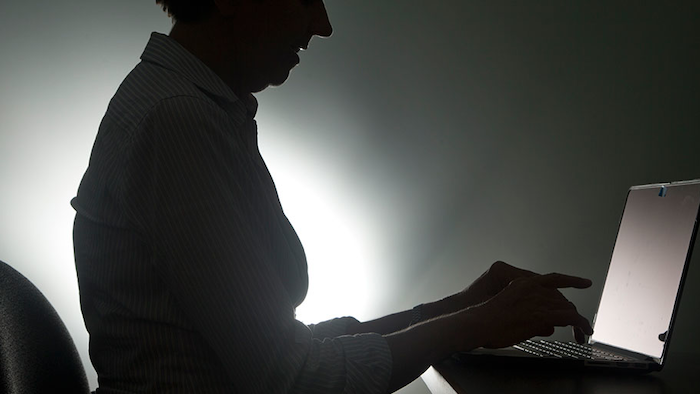 NEW YORK (AP) — Details from the Department of Justice indictment of Russian hackers on Wednesday show that many people are still not taking routine precautions to safeguard their email accounts — and hackers are exploiting that.

The Russian hackers didn't have to work very hard to break into people's email accounts, even those belonging to government officials or powerful executives. Here's a look at a few simple ways to help safeguard your email account from hackers.

Many online break-ins result when people have reused a password across, say, their email, social and financial accounts. If it's compromised at any one of those services, the others are suddenly vulnerable.

If you can't be bothered to do more, this is a base level of security that can help shield you from the most obvious threats. But it's still only a baby step.

You can make things harder for attackers by making your base password stronger. The more complicated and lengthy a password is, the harder it will be for hackers to guess.

The downside: Tougher passwords are also harder to remember. But there are some ways around that.

Don't include your kids' names, birthdays or references to any other personal details. Hackers routinely troll Facebook and Twitter for clues to passwords like these. Obvious and default passwords such as "Password123" are also bad, as are words commonly found in dictionaries, as these are used in programs hackers have to automate guesses.

You can make your own strong passwords with randomly capitalized nonsense words interspersed with numbers and characters -- like, say, "giLLy31!florp." (Just don't use that one now that it's appeared in this story.) So long as you're making up the words yourself, these are difficult for hackers to crack — and they're easier to remember than you might think, though you might want to practice them a few times.

HAVE YOUR PASSWORDS MANAGED FOR YOU

Of course, you can make things easier on yourself by using a password-manager service such as LastPass or DashLane, which keep track of multiple complex passwords for you. Some web browsers such as Apple's Safari and Google's Chrome also have built-in password managers; these work if you switch devices, but not if you switch browsers.

After you create a strong password for your password manager, it can create random passwords for your other accounts — and will remember them for you as well.

"It's more secure and it makes your life easier," said Jamie Winterton, director of strategy at the Global Security Initiative at Arizona State University.

MULTIFACTOR AUTHENTICATION IS A MUST

The next line of defense is two- or multifactor authentication, which asks users to enter a second form of identification, such as a code texted to their phone, when they log in. It's now commonplace for many email and social media accounts. That way, even if hackers manage to get your password they still need your phone with the texted code.

"Having another way for that account to say 'Hey, is that really you?', and give veto authority is really important," Winterton said.

According to the indictment, the Russian hackers searched email accounts for keywords like "passwords" to find people's passwords for other accounts. They also searched for "credit card" ''visa," among other terms. So think twice before you use common key words that can serve as a road map to sensitive information for hackers. And don't save passwords in old emails.

British Man Sentenced to 5 Years for Hacking US Companies

With President Trump adamant that Russia is not interfering, it’s often up to private companies to fill the breach.
Sep 21st, 2020

A member of Iran's Revolutionary Guard and two others allegedly stole the identities of individuals working in aerospace and satellite technology.
Sep 18th, 2020

The South Korean-owned Golden Ray capsized with more than 4,200 automobiles in its cargo decks.
Sep 15th, 2020

The MT New Diamond, which is carrying nearly 2 million barrels of crude oil, was damaged by two fires in a little over a week.
Sep 11th, 2020

The company has about a third of the global berry market.
Sep 11th, 2020

Officials do not expect any shortages.
Sep 9th, 2020

Ten British and Dutch professionals are waiting to board the tanker to begin the mission of salvaging it.
Sep 9th, 2020

A letter instructing states to be ready to distribute a vaccine by November has been met not with exhilaration, but with suspicion.
Sep 4th, 2020

The cause of the fire is being investigated.
Sep 4th, 2020
Follow Us
Most Recent