Decades of Research Document the Detrimental Health Effects of BPA

An expert on environmental pollution and maternal health explains what it all means. 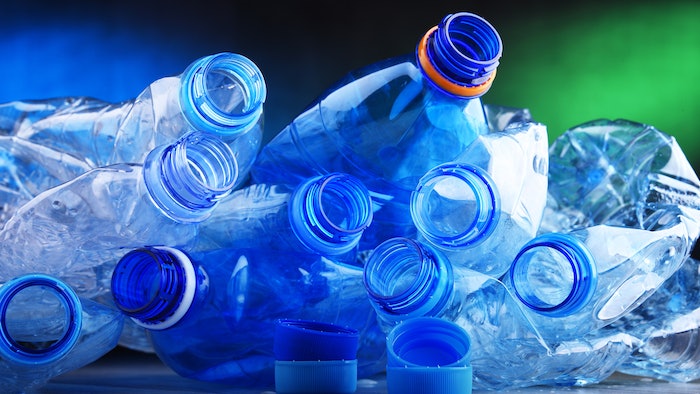 Whether or not you’ve heard of the chemical bisphenol A, better known as BPA, studies show that it’s almost certainly in your body. BPA is used in the manufacturing of products like plastic water bottles, baby bottles, toys and food packaging, including in the lining of cans.

BPA is one of many harmful chemicals in everyday products and a poster child for chemicals in plastics. It is probably best known for its presence in baby bottles due to campaigns by organizations such as Safer Chemicals, Healthy Families and Breast Cancer Prevention Partners.

After years of pressure from environmental and public health advocates, the U.S. Food and Drug Administration agreed in June 2022 to reevaluate the health risks of BPA. This is significant because a vast body of research has documented that BPA is leaching from products and packaging into our food and drink and ultimately our bodies.

BPA is not only used in plastics and food and drink containers but also in pizza boxes, shopping receipts, liners of aluminum cans and much more. Scientists have found that BPA is an endocrine disruptor, which means it disrupts hormonal systems that support the body’s functioning and health.

Hormonal disruption is a particular problem during pregnancy and fetal development, when even minor changes can alter the trajectory of developmental processes, including brain and metabolic development.

Over the last two decades, public awareness about the risks led many companies to remove BPA from their products. As a result, studies have shown that BPA levels in people’s bodies appear to be declining in the U.S. However, a nationwide research team that I helped lead as part of a national NIH consortium showed in a recent study of pregnant women that the decline in BPA could in part be explained by the fact that BPA replacement chemicals have been on the rise over the last 12 years. And other studies have found that many BPA substitutes are typically just as harmful as the original.

As an environmental health scientist and professor and director of the University of California, San Francisco Program on Reproductive Health and the Environment who specializes in how toxic chemicals affect pregnancy and child development, I am part of a scientific panel that decides if chemicals are reproductive or developmental toxicants for the State of California. In 2015, this committee declared BPA a reproductive toxicant because it has been shown to be toxic to ovaries.

BPA and the FDA

Meanwhile, since 2011, Canada and Europe have taken steps to ban or limit BPA in children’s products. In 2021, the European Union proposed “dramatic” decreases in BPA exposure limits due to a growing body of evidence linking BPA to health harms.

One of the major challenges to limiting harmful chemicals is that regulatory agencies like the FDA try to figure out the levels of exposure that they consider harmful. In the U.S., both the FDA and the Environmental Protection Agency have a long history of underestimating exposures – in some cases because they do not adequately capture “real-world exposures,” or because they fail to fully consider how even small exposures can affect vulnerable populations such as pregnant women and children.

A large body of research has explored BPA’s effects on reproductive health. These studies have also revealed that many BPA substitutes are potentially even worse than BPA and have looked at how these chemicals act in combination with other chemical exposures that can also come from a variety of sources.

And while much attention has been paid to BPA’s effects on pregnancy and child development, there is also significant research on its effects on male reproductive health. It has been linked to prostate cancer and drops in sperm count.

In a study our research team conducted that measured BPA in pregnant women, we asked study participants if they knew about BPA or tried to avoid BPA. Many of our study participants said they knew about it or tried to avoid it, but we found their actions appeared to have no effect on exposure levels. We believe this is, in part, because of BPA’s presence in so many products, some of them known and some unknown that are difficult to control.

What you can do

One of the most common questions our staff and clinicians that work with patients are asked is how to avoid harmful chemicals like BPA and BPA substitutes. A good rule of thumb is to avoid drinking and eating from plastics, microwaving food in plastic and using plastic take-out containers – admittedly easier said than done. Even some paper take-out containers can be lined with BPA or BPA substitutes.

Our recent review of the research found that avoiding plastic containers and packaging, fast and processed foods and canned food and beverages, and instead using alternatives like glass containers and consuming fresh food, can reduce exposures to BPA and other endocrine-disrupting chemicals.

Research has shown that when heat comes into contact with plastic – whether water bottles, Tupperware, take-out containers or cans – BPA and other chemicals are more likely to leach into the food inside. One should also avoid putting hot food into a food processor or putting plastic containers into the dishwasher. Heat breaks down the plastic, and while the product might appear fine, the chemicals are more likely to migrate into the food or drink – and ultimately, into you.

We also know that when acidic foods like tomatoes are packaged in cans, they have higher levels of BPA in them. And the amount of time food is stored in plastic or BPA-lined cans can also be a factor in how much the chemicals migrate into the food.

No matter how much people do as individuals, policy change is essential to reducing harmful chemical exposures. A large part of our work at UCSF’s Program on Reproductive Health and the Environment is to hold regulatory agencies accountable for assessing chemical risks and protecting public health. What we have learned is that it is essential for agencies like the EPA and FDA to use the most up-to-date science and scientific methods to determine risk.

This article is republished from The Conversation under a Creative Commons license. Read the original article here: https://theconversation.com/decades-of-research-document-the-detrimental-health-effects-of-bpa-an-expert-on-environmental-pollution-and-maternal-health-explains-what-it-all-means-184630.