The company pulled treadmills after one child died and dozens were injured. 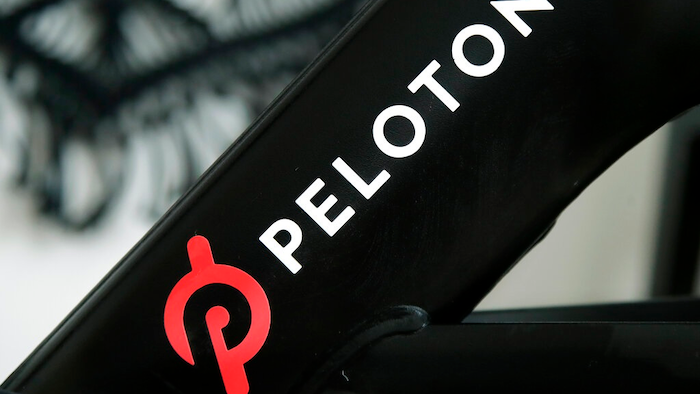 This Nov. 19, 2019 file photo shows a Peloton logo on the company's stationary bicycle in San Francisco. Peloton is recalling its treadmills after one child died and 29 other children suffered from cuts, broken bones and other injuries from being pulled under the rear of the treadmill. The U.S. Consumer Product Safety Commission said Wednesday, May 5, 2021, that Peloton received 72 reports of adults, kids, pets or other items, such as exercise balls, being pulled under the treadmill.
AP Photo/Jeff Chiu, File

NEW YORK (AP) — Peloton said Thursday that the recall of its treadmills will shrink its revenue by $165 million in the current quarter.

The company agreed on Wednesday to recall about 125,000 of its Tread+ treadmills, after refusing to do so for weeks even though the machine was linked to the death of one child and the injuries of 29 others. Peloton also agreed to stop selling the treadmills.

In a call with Wall Street analysts Thursday, CEO John Foley again apologized for not working with the safety commission sooner. He acknowledged that there is work to do to repair Peloton's image.

Last month, the U.S. Consumer Product Safety Commission warned people with children and pets to immediately stop using the Peloton Tread+ treadmill after a 6-year-old child was pulled under the rear of the treadmill and died. Injuries to the other children, who were also pulled under the Tread+, included broken bones and cuts.

The safety commission, which is still studying the Peloton Tread+ treadmill, said it appears that its design, including the band and its height off the floor, made it more dangerous than other brands.

Peloton said the $165 million hit to its revenue this quarter includes $105 million in missed sales of the treadmills, and $50 million that will go to paying full refunds to those who want to return the recalled treadmills, which cost $4,200 each.

The company estimates about 10% of the recalled treadmills will be returned between now and the end of June, but said others may be returned later since people have until November of next year to get a full refund.

Peloton, best known for its stationary bikes, has seen its sales explode during the pandemic as virus-wary people have avoided gyms and worked out at home.

Shares of New York-based Peloton Interactive Inc., which are down 45% since the beginning of the year, rose nearly 6% in after-hours trading Thursday.