Samsung's Quick Fix For Note 7 Is No Full Recharge

Samsung plans to issue a software update for its recalled Galaxy Note 7 smartphones that will prevent them from overheating by limiting battery recharges to under 60 percent. 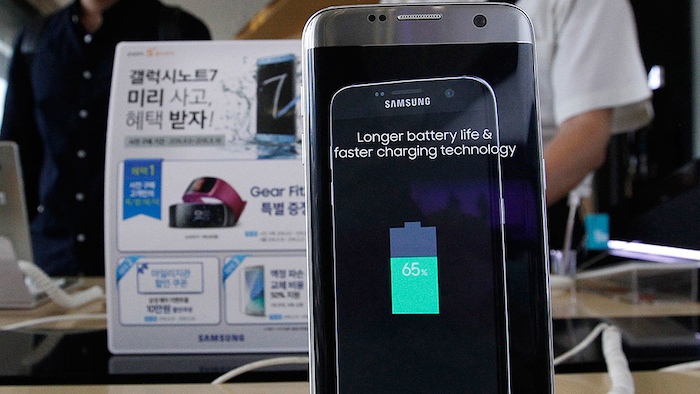 SEOUL, South Korea (AP) — Samsung plans to issue a software update for its recalled Galaxy Note 7 smartphones that will prevent them from overheating by limiting battery recharges to under 60 percent.

The front page of the Seoul Shinmun, a South Korean daily newspaper, carries a Samsung advertisement announcing the software update plan for any users of the Note 7 who may be disregarding its recall notice and continuing to use the smartphone.

"It is a measure to put consumer safety first but we apologize for causing inconvenience," Samsung Electronics said. The update for South Korean users will start at 2 a.m. on Sept. 20, it said.

South Korean media earlier reported the software upgrade plan, citing Samsung. It was not clear when the update may roll out overseas. The Yonhap news agency reported that Samsung is in talks with mobile carriers to carry out the same update plan to keep battery power at 60 percent or below at all times.

Samsung plans to begin issuing new Note 7s with batteries it says will not be prone to overheating beginning on Sept. 19. It has recalled 2.5 million of the devices after dozens of cases of them exploding or catching fire. Samsung says the problem stems from a manufacturing glitch in the batteries.

The company has urged consumers to immediately turn off the phones and get them replaced with the new Note 7. But implementing such a large-scale recall is a challenge. Consumers have to visit Samsung service centers or retailers twice — once to get a replacement phone — not a Note 7 — and have a safety check of their existing Galaxy Note 7, and a second time to get a new Note 7. South Koreans are traveling for one of their two biggest national holidays of the year starting Wednesday, which complicates the recall plan.

Samsung did not answer emails and calls seeking comment on Tuesday.

Analysts said the update appears to be a last-ditch effort to contain the crisis.

Samsung "has to contain the battery explosions but people are not returning the phone," said Peter Yu, an analyst at BNP Paribas. "It is taking a desperate measure."

Keeping the battery level low could reduce the risk of overheating, but would be equivalent to getting a downgrade of a top-of-the-line phone, said Kim Young Woo, an analyst at SK Securities. The Galaxy Note series is one of the most expensive handset lineup made by Samsung.

"It means that the phone has not been optimized before the release," Kim said.

Samsung is the world's largest smartphone maker, and analysts said the recall may leave a larger impact on its brand than earlier estimated. Aviation regulators and airlines have deemed the Note 7 a flight hazard and the U.S. Consumer Product Safety Commission is considering an official product recall.

The company did not say how many more faulty batteries in the Note 7 have been reported since Sept. 1, when 35 cases were confirmed. In announcing its recall, the Canadian government said one case was confirmed in Canada while Samsung received more than 70 reported cases in the United States alone.

Foreman: No Problems Loading Cars onto Ship that Overturned

An investor alleges that footage of Nikola's truck suggested it was driving on its own, but it was actually “filmed rolling down a big hill.”
Sep 15th, 2020

The petroleum industry sought to remove hundreds of millions of gallons of corn-based ethanol from the market.
Sep 15th, 2020

Organic peroxides made at Arkema's facility caught fire and exploded after the facility was overwhelmed by flood waters.
Sep 15th, 2020

Daimler to Pay $1.5B to Settle Emissions Cheating Probes

It's not just consumer hoarding, according to the Wall Street Journal.
Sep 14th, 2020

The move that comes days after the study was suspended following a reported side-effect in a U.K. patient.
Sep 14th, 2020

The move is a sign that the grounded plane is moving closer to returning to service.
Sep 14th, 2020

The MT New Diamond, which is carrying nearly 2 million barrels of crude oil, was damaged by two fires in a little over a week.
Sep 11th, 2020 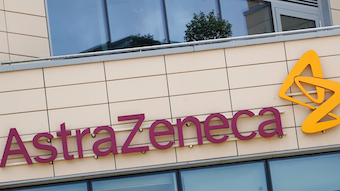 An independent committee is reviewing the study's safety data before deciding if and when the research can continue.
Sep 11th, 2020 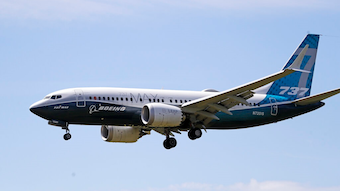 An evaluation board is scheduled to start its assessment next week.
Sep 11th, 2020

The company has about a third of the global berry market.
Sep 11th, 2020
Follow Us
Most Recent