The administrator of a multibillion-dollar settlement arising from the 2010 BP oil spill in the Gulf pledged Friday to thoroughly investigate allegations of misconduct by one of his staff attorneys, but the London-based oil giant is calling for an independent probe.

NEW ORLEANS (AP) — The administrator of a multibillion-dollar settlement arising from the 2010 BP oil spill in the Gulf pledged Friday to thoroughly investigate allegations of misconduct by one of his staff attorneys, but the London-based oil giant is calling for an independent probe.

Court-appointed claims administrator Patrick Juneau said in a statement Friday that both BP and claimants "rightfully expect fairness and objectivity from this claims process."

"Our goal is to operate in an efficient, transparent and fair manner," Juneau added. "All allegations are taken seriously and investigated thoroughly."

Earlier Friday, BP issued a statement saying only a "comprehensive and independent investigation will ensure the integrity of the claims process."

Lionel H. Sutton III, a lawyer who has worked for Juneau on the claims process, has been accused of collecting portions of settlement payments from a New Orleans law firm to which he had once referred claims.

A BP PLC official who has reviewed a report outlining the allegations said claims administrator Patrick Juneau delivered a copy of it to U.S. District Judge Carl Barbier during a meeting in his chambers Thursday. Lawyers for BP and the team of private attorneys who brokered the multibillion-dollar settlement also attended the meeting. The BP official spoke on condition of anonymity because the report hasn't been made public.

Sutton acknowledged in an email late Thursday that he has been told he was suspended "pending an investigation of an anonymous allegation against me."

"I have not been made aware of the substance of the allegation or the status of the investigation," Sutton wrote. "Once this is resolved, I would be happy to discuss it all with you."

The BP official said the report indicates that Juneau's security head, David Welker, also notified the FBI's New Orleans division about the lawyer's alleged misconduct. Welker until recently was the special agent in charge of the FBI office in New Orleans.

An FBI spokeswoman in New Orleans declined to comment Thursday.

According to the BP official, Juneau told the judge that he had suspended the lawyer and was weighing further disciplinary action. Juneau didn't characterize the nature of the allegations against his staff attorney in his statement Friday.

The report says Welker received a complaint that Sutton had referred claims to a New Orleans law firm in exchange for portions of subsequent settlement payments, the BP official said. The lawyer allegedly filed those claims before he went to work for Juneau.

The claims at issue were filed on behalf of a single party and involve hundreds of thousands of dollars, the BP official said.

BP PLC has sued to block what could be billions of dollars in settlement payouts to businesses over the spill. The company has accused Juneau of trying to rewrite the terms of the deal and asserts that he has made decisions that expose the company to fictitious losses that were never contemplated in the settlement.

Judge Barbier, who is overseeing the massive settlement, appointed Juneau last year and has upheld his decisions for calculating payments. BP has appealed, and the 5th U.S. Circuit Court of Appeals is scheduled to hear the case in July.

The spill began in April 2010 after the BP-leased drilling rig Deepwater Horizon exploded off the Louisiana coast, killing 11 workers. Roughly 200 million gallons of crude oil were released from the Macondo well a mile under the Gulf surface. Marshes, fisheries and beaches from Louisiana to Florida were fouled by the oil until a cap was placed over the blown-out well in July 2010.

BP set up a compensation fund for individuals and businesses affected by the spill and committed $20 billion. The claims fund initially was handled by lawyer Kenneth Feinberg but Juneau took over the processing of claims after the settlement was reached last year.

It wasn't immediately known how many lawyers work for Juneau, but his office announced in May that it has determined more than $3 billion in claims are eligible for payment through the settlement agreement. More than 162,000 claims were filed and more than $2 billion had been paid to claimants as of May 6. 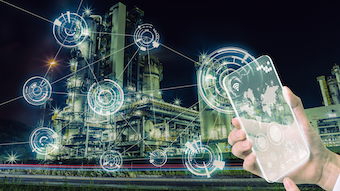