Erie, Colo.-based Magpul Industries announced Thursday that it was moving its production, distribution and shipping operations to Cheyenne and its headquarters to Texas, making good on a vow it made to leave Colorado during last year's heated gun control debate. 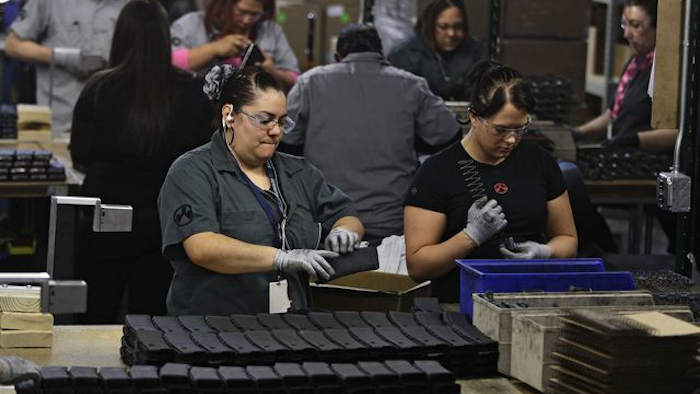 CHEYENNE, Wyo. (AP) — One of the country's largest producers of ammunition magazines for guns is leaving Colorado and moving operations to Wyoming and Texas because of new state laws that include restrictions on how many cartridges a magazine can hold.

Erie, Colo.-based Magpul Industries Corp. announced Thursday that it was moving its production, distribution and shipping operations to Cheyenne and its headquarters to Texas, making good on a vow it made to leave Colorado during last year's gun control debate.

"Moving operations to locations that support our culture of individual liberties and personal responsibility is important," Magpul CEO Richard Fitzpatrick said in a statement. "Moving to a true multi-state operation will also allow Magpul to utilize the strengths of both Texas and Wyoming as we continue to expand."

Wyoming Gov. Matt Mead said in a statement that Wyoming offers Magpul "a firm commitment to uphold the Second Amendment."

The Democrat-led Colorado Legislature and Democratic Gov. John Hickenlooper enacted a new law last year prohibiting the sale of gun magazines that hold more than 15 rounds. It was part of a package of legislation in response to mass shootings at a suburban Denver movie theater and a Connecticut elementary school.

The laws drew praise from gun control activists but sparked furor from gun rights advocates. The laws prompted the successful recall of two Democratic state senators and the resignation of a third.

Randy Bruns, CEO of Cheyenne's economic development organization, said it is working with Magpul on a financial package that could include up to $13 million in state grants and loans to help the company move to Cheyenne.

"It's very significant for Cheyenne and for Wyoming," Bruns said. "They bring a manufacturing capability that's not otherwise present here in Wyoming."

He hopes Magpul's move will cause other manufacturers to consider relocating or opening facilities in Wyoming.

Magpul spokesman Duane Liptak said the company plans to move the majority of its workers from Colorado over the next 12 to 16 months. The move involves about 200 jobs, Liptak said.

Magpul said its corporate headquarters will likely be in north-central Texas but an exact location hasn't been determined. Company officials are working with Texas Gov. Rich Perry and state economic development officials on the move.

Founded in 1999, Magpul products also include grips, slings, stocks and sights for guns, according to its website.

It is the second Colorado company involved in making gun accessories to relocate operations to Wyoming since Colorado's new gun laws were enacted.

HiViz Shooting Systems, a company based in Fort Collins, Colo., that makes gun sights and other accessories, announced earlier that it was moving its core operations to Laramie, about 50 miles west of Cheyenne.