But enforcement of them is still to come. 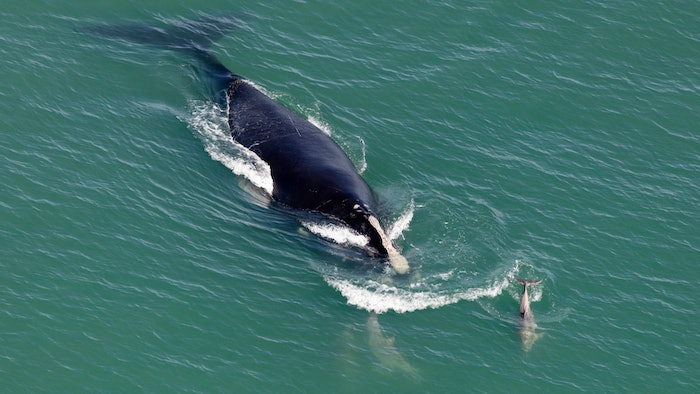 PORTLAND, Maine (AP) — New lobster fishing rules intended to protect a rare species of whale are now in effect, but enforcement has yet to begin.

The rules are designed to protect the North Atlantic right whale, which numbers less than 340 in the world and is vulnerable to lethal entanglement in fishing gear. The rules took effect Sunday and require lobstermen in some parts of the ocean to start using weakened rope or special inserts to weaken existing rope.

However, the federal government has acknowledged fishermen's complaints that supply chain issues have prevented many harvesters from acquiring the gear yet. The National Oceanic and Atmospheric Administration has said it would use “graduated enforcement effort” until those problems have been resolved.

Many public officials in Maine, including Democratic Gov. Janet Mills, have said the deadline for the new rules should have simply been delayed. Members of the industry have also charged that the new rules could make fishing more difficult, more expensive and more dangerous.

The whales are also vulnerable to collisions with large ships. Their plight has been the subject of a pair of feature-length documentary films in recent years.