He and other workers would place pumps in cleaner parts of the mine to lower its dust readings. 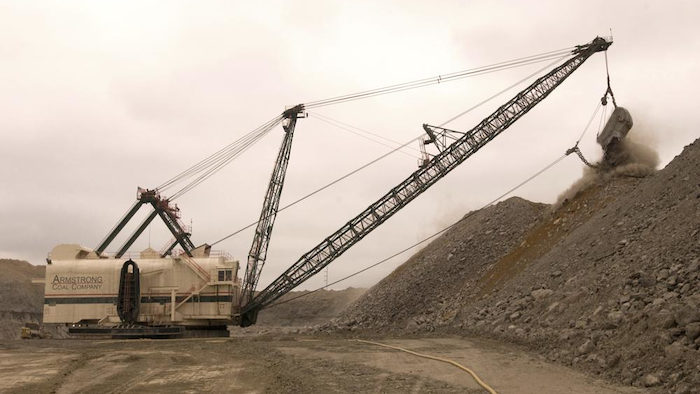 LOUISVILLE, Ky. (AP) — Federal prosecutors ended their case against four former coal company executives on Monday after a former safety director testified about how he attempted to cheat underground mine safety rules.

The four men on trial in federal court in Louisville are accused of ordering workers to skirt dust sampling regulations in two of Armstrong Coal’s underground mines.

Ron Ivy, a former safety director at Armstrong's Kronos mine, testified Monday that a senior-level Armstrong official, Glendal “Buddy” Hardison, told him and two other safety officials in 2013 that they had to make sure the mine's dust pumps were reading at the desired range. The pumps are carried by underground workers and samples are taken from them to determine the amount of dust in the mines.

Ivy said Hardison told him “the dust (reading) has got to come in and the (mine's) production has to stay up.” Ivy testified earlier that the mine where he worked was filled with dusty air.

Federal dust regulations in underground mines are meant to protect workers against dangerous levels of breathable dust, which can contribute to a deadly and incurable disease known as black lung.

Ivy said to skirt the rules, he and other workers would place the pumps in cleaner parts of the mine to lower the dust readings. Ivy said of Hardison, who was in charge of all of Armstrong's western Kentucky mines, “it was his mines, he ran them his way.”

Ivy was originally charged with eight other defendants but reached a plea deal with prosecutors. Each of them were charged with conspiracy to defraud the U.S. government, a felony. Ivy pleaded guilty to a misdemeanor.

Hardison's attorney, Kent Wicker, asked Ivy if Hardison ever explicitly asked him to cheat the rules. Ivy said Hardison did not.

Ivy testified that the mine didn't have enough staff to comply with the dust rules and maintain desirable production levels.

The trial is a rare prosecution of coal company officials on criminal charges. Federal regulators typically issue fines and shut down mines when they find safety violations, but in this case prosecutors allege that the men broke the law by conspiring to cheat the rules.

Prosecutors ended their case on Monday after Ivy and another witness testified. Defendants will have a chance to present witnesses beginning on Tuesday.

Armstrong went bankrupt in 2017. Prosecutors said the incidents occurred at the Kronos and Parkway mines between 2013 and 2015.

Attorneys for the former coal company officials have argued throughout the trial that none of the men on trial were directly involved in manipulating readings on the pumps.