Boeing Settles with Funds that Sued after 737 Max Crashes

The company and its directors did not admit wrongdoing in the settlement. 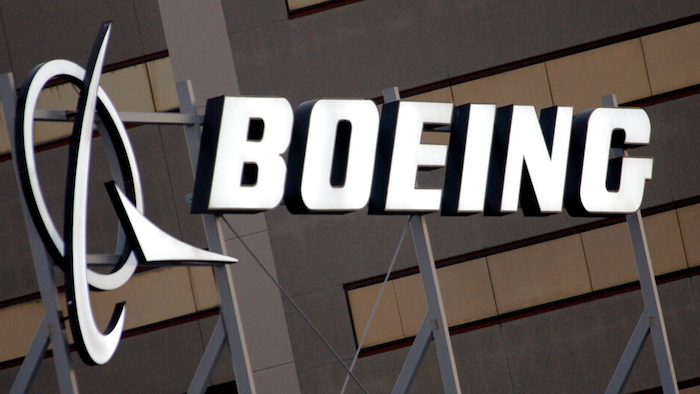 The Boeing Company logo is seen on the property in El Segundo, Calif., Tuesday, Jan. 25, 2011. Insurers for several current and former Boeing board members will pay more than $230 million to settle a lawsuit that accused the directors of failing to address safety warning signs before two of the company’s Max jetliners crashed.
AP Photo/Reed Saxon, File

NEW YORK (AP) — Insurers for several current and former Boeing board members will pay more than $230 million to settle a lawsuit that accused the directors of failing to address safety warning signs before two of the company’s Max jetliners crashed.

Boeing and the directors did not admit wrongdoing in the settlement, which was filed Friday in a Delaware court. The deal still needs a judge's approval.

The shareholder lawsuit was filed by administrators of New York state employee retirement funds and a Colorado pension fund for firefighters and police officers. They sued after crashes of Boeing 737 Max jets in 2018 and 2019 killed 346 people.

The lawsuit accused the directors of failing to properly look out for the interests of shareholders in overseeing then-CEO Dennis Muilenburg and development of the Max. Boeing tried to get the lawsuit dismissed, but a judge rejected the move in September.

Insurers for the directors will pay $237.5 million to Boeing, minus fees and expenses, according to documents filed Friday. None of the directors — nor Boeing — will be required to pay anything.

Boeing agreed to add a board member with a background in aviation or aerospace engineering or product safety and create a safety ombudsman's office for at least five years.

Boeing fired Muilenburg in late 2019 and replaced him with David Calhoun, who was on the board at the time. Both are defendants in the shareholder lawsuit, along with several other current and former directors.

Eight of the 13 directors who were on the board when the crashes occurred will have left by January. Six new directors have been added.

In January, Chicago-based Boeing agreed to a $2.5 billion settlement with the U.S. Justice Department to avoid criminal prosecution for misleading regulators about safety of the Max. Most of the money will go to airlines that bought the jets.