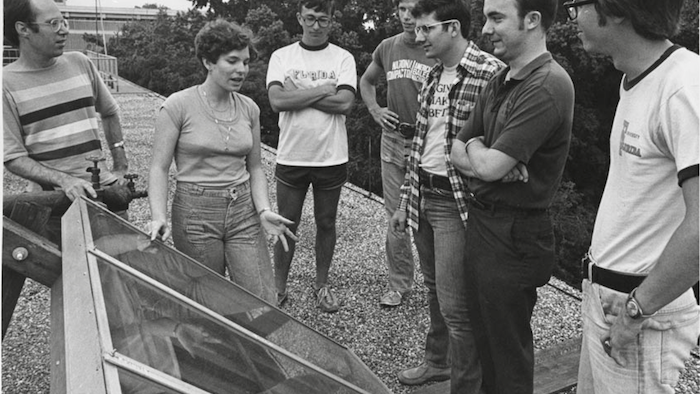 Engineering in the U.S. has long been – and continues to be – a male-dominated profession. Fifty years ago, it looked like that might change.

In 1970, the percentage of women majoring in engineering was less than 1%. In 1979, that number was 9%. Many hoped women would continue to enter the field at the same rate. But that’s not what happened. Today, only 21% of engineering majors are women, a number largely unchanged since 2000.

I am a historian who, along with my colleagues, Nicole Conroy and William Barr II, surveyed 251 women engineers who graduated from college in the 1970s. These trailblazing women reflected on the adversity they faced – and had advice for women entering the field today.

‘Never quite one of the group’

We asked about the greatest challenges our survey takers faced as women in a male-dominated field. The three obstacles they cited most frequently were not getting respect, not fitting in and struggling to achieve work/family balance.

One survey taker, a biomechanical engineer who now works in web engineering, explained, “The greatest challenge for me was continuing to believe in myself, when all the messages I was getting were that I would never be taken seriously or promoted or given raises – or even hired – at the same rate as men, who were clearly less qualified and not as smart as I was.”

A chemical engineer who worked in manufacturing concurred, “You have to prove yourself just because you are female. And you have to work twice as hard!” 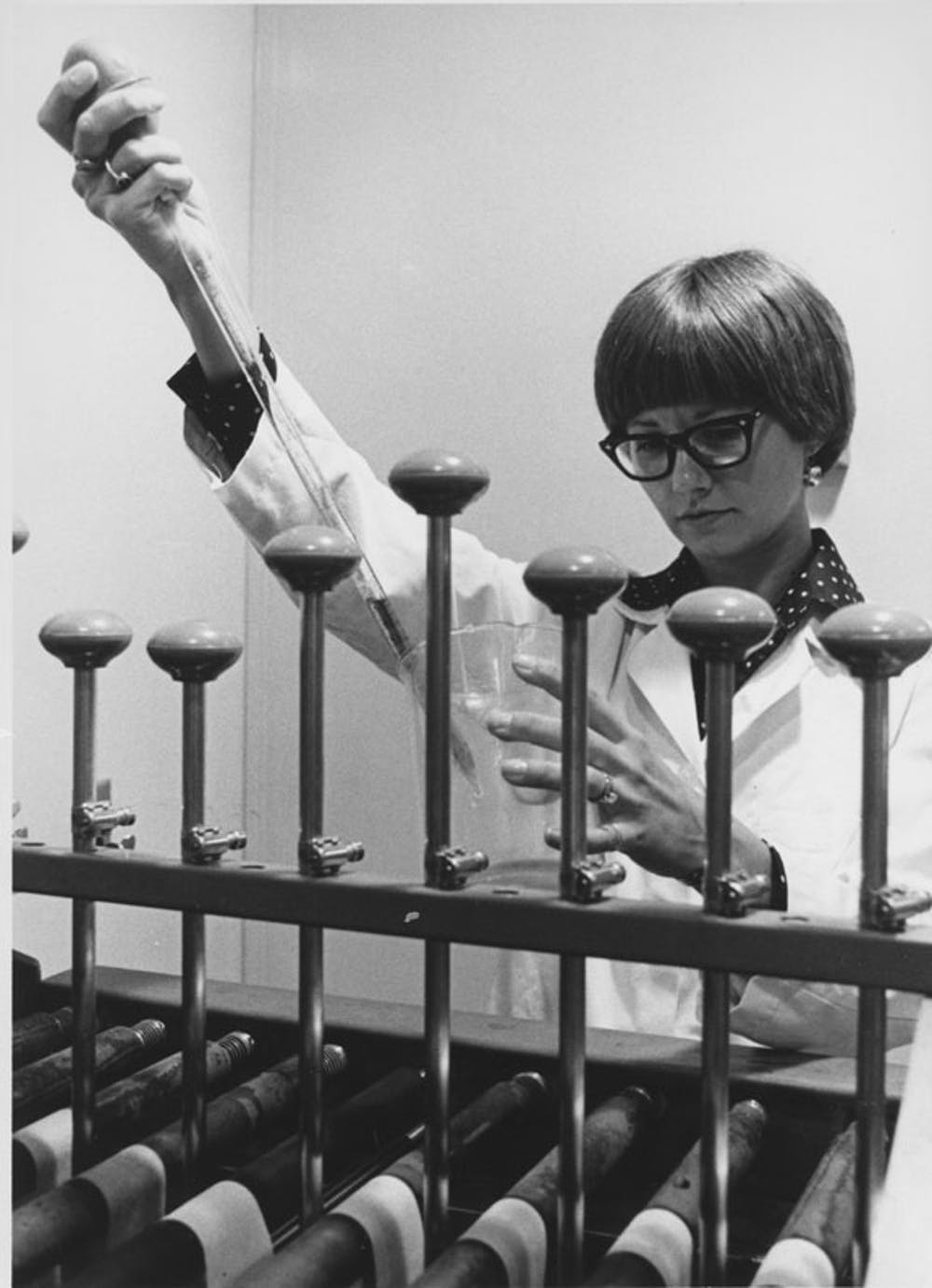 On the job in the Kodak lab, 1977.Society of Women Engineers Photographs, Walter P. Reuther Library

A civil engineer said, “We are ‘women engineers.’ People don’t refer to a man as a ‘man engineer’ – he’s an engineer. We are constantly reminded that we don’t truly belong.” Another civil engineer stated, “On many levels, you’re never quite one of the group.”

Women also talked about family caregiving responsibilities. A retired vice president from a major chemical company stated, “Young women engineers are on equal footing until they have children, then they struggle to balance work and family – and compete with men who don’t have the same time constraints or busy family life.” Another woman who worked as a chemist warned that bosses assume “you will leave as soon as you start having babies.”

Remember, the women we surveyed are all now in their 60s and 70s. We asked them if they thought the challenges they faced had changed over time. A retired chemical and environmental engineer said, “Progress is slow” – a view echoed by many survey takers. A nuclear engineer added, “There still remains an old boys’ club … It isn’t as blatant or as crass as when I started, but it still exists.”

Some noted that subtle forms of discrimination and bias can be really damaging. An engineer with a long career in the auto industry said, “Bias can be quite subtle, which really hurts young women, because it can take them years to recognize it, by which time they may have lost a lot of ground.”

About one-quarter of survey respondents said that gender problems no longer exist. A senior project engineer said, “Today, young women engineers are more accepted mostly because there are just more of them. It’s easier to get their foot in the door. Younger male engineers are also used to working with women because they went to school with them.”

Despite identifying challenges, the majority of survey takers said they would tell a young woman thinking about pursuing a career in engineering to “Go for it!” 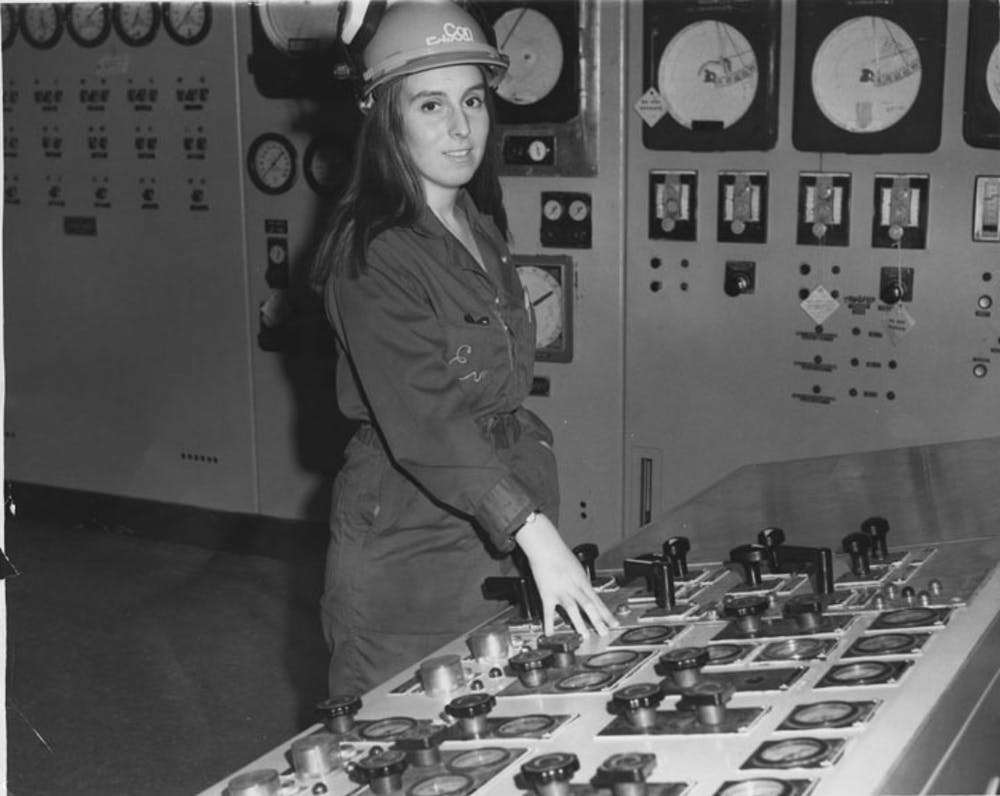 Many of the women extolled the benefits of their chosen career. A program manager in manufacturing stated that “hands down” engineering is the best degree. A mechanical engineer who owned her own consulting company said, “It will give you the flexibility to do almost anything. It is almost impossible to point out anything tangible an engineer didn’t touch or influence in some way. It is also satisfying to see the effects of what you have done.”

Some survey takers suggested younger women might need to ignore obstacles. A retired aerospace engineer advised, “You can do the job. However it takes strength and perseverance to do so while ignoring the naysayers.”

Respondents also had practical advice for younger women starting off in the profession. They emphasized using some approaches that worked for them. These included speaking up for yourself, exiting unsupportive workplaces, seeking professional organizations that can help you, finding mentors of all genders and reaching out to other women engineers.

A retired nuclear engineer said, “Use the ‘Old Girls’ Network’ – it does exist … Don’t isolate yourself. You are not the only one with your issue.”

Part of a larger struggle

Indeed, the problems our survey takers faced were and are structural.

Engineering remains male-dominated due to many factors common in other STEM fields. They include gender bias and stereotypes, male-dominated educational settings and workplaces, and sexual harassment.

The challenges for women from underrepresented groups, such as people of color, people with disabilities and people with LGBTQ identities, are even greater.

As a chemical engineering professor put it, “Laws and attitudes have changed significantly … However, these changes are not without backlash or pushback. Learning to cope with this is ongoing, not only for women, but for all ‘strangers’ in this profession.”

This article is republished from The Conversation under a Creative Commons license. Read the original article here: https://theconversation.com/trailblazing-women-who-broke-into-engineering-in-the-1970s-reflect-on-whats-changed-and-what-hasnt-167502.