Skyscraper Lab to Test Elevators of the Future

It’s the largest test tower in the Western Hemisphere. 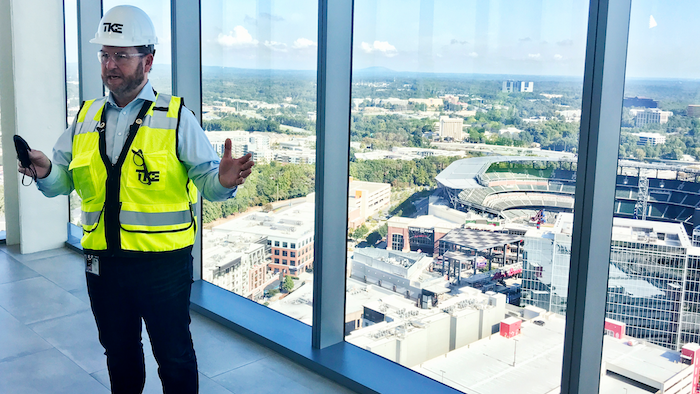 ATLANTA (AP) — One of the world’s largest elevator towers will soon be opened to test elevators of the future as well as current ones high above the Atlanta suburbs.

“This is going to transform our industry,” said Kevin Lavelle, CEO of the company’s North American operations.

It’s the largest elevator test tower in the Western Hemisphere, according to the company and general contractor Brasfield & Gorrie, which built it. 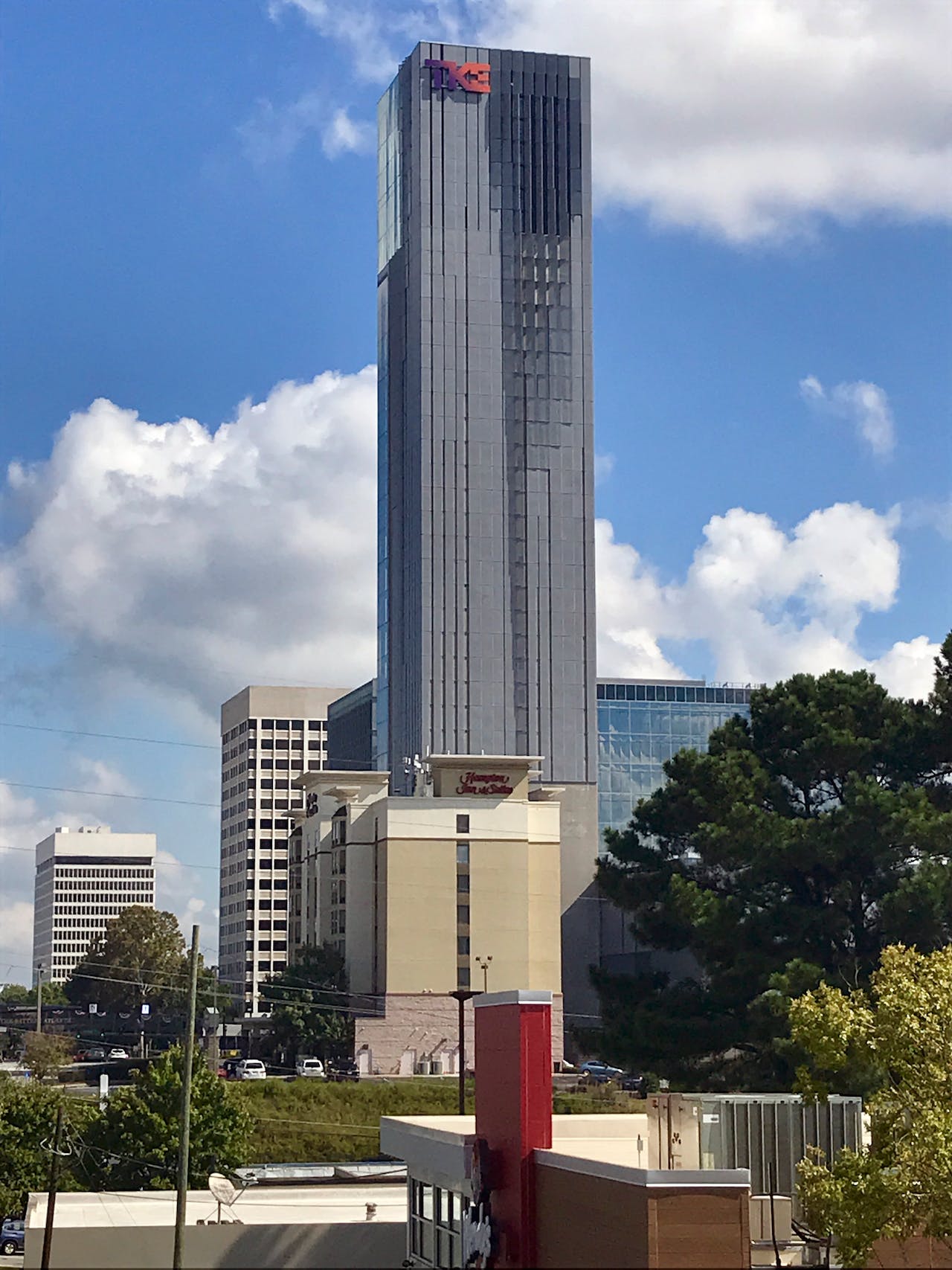 The tower with its multiple elevator testing shafts looks down into the nearby Atlanta Braves’ stadium and offers stunning views of the Atlanta skyline. It's next door to the company’s new North American headquarters in Cobb County, just northwest of the city.

Construction on the tower began in 2019 with 3,000 tons of steel, and the structure is now in place, with interior work still ongoing as TKE prepares to fully open it in February.

Among concepts being tested in the high-rise: twin elevators, which use the same elevator shaft but operate independently, with one car above the other, Lavelle said. Twin elevators save space and are able to carry passengers more efficiently, he said.

An environmental chamber will be able to test how elevators operate in extreme environments, such as the arctic cold in Canada and searing heat of other parts of the world, said Steve Allen, vice president of engineering.

TK Elevators, once part of the German firm ThyssenKrupp, was sold last year and became a separate company. It chose Atlanta for its North American headquarters partly because of the engineering talent in the metro area and engineering schools such as the Georgia Institute of Technology, Lavelle said.

The company invested more than $200 million in its headquarters complex, which will be home to more than 900 workers.

As the company plans for a grand opening of the tower in February, it's aiming to open up much of the space to the public, including students for tours of the facility, Lavelle said. One reason for that is to generate interest in engineering and the elevator industry among students who might one day enter the field, he said.

“I think we have a real opportunity with the students," Lavelle said.