Gunmaker to Relocate Over Proposed Legislation

Smith & Wesson officials say the company could be prohibited from manufacturing certain weapons. 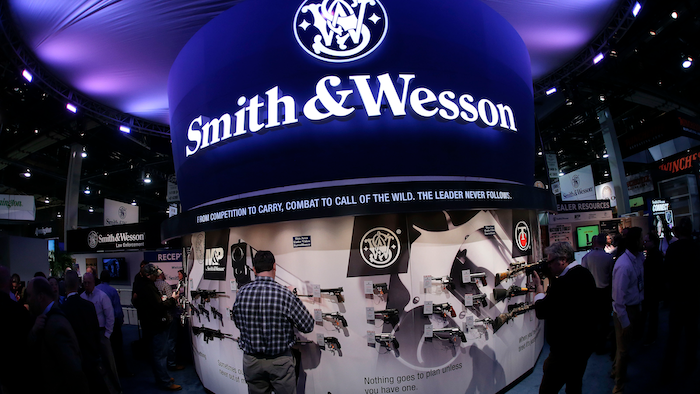 The gunmaker founded in 1852 is currently centered in Springfield, Massachusetts, a state where company officials say legislative proposals would prohibit them from manufacturing certain weapons.

A proposal in the Democrat-led state Legislature would extend the state's ban on the sale and possession of assault weapons or large-capacity magazines to also outlaw manufacturing them in Massachusetts, unless it's for the military or law enforcement.

"While we are hopeful that this arbitrary and damaging legislation will be defeated in this session, these products made up over 60% of our revenue last year, and the unfortunate likelihood that such restrictions would be raised again led to a review of the best path forward for Smith & Wesson,” Mark Smith, Smith & Wesson CEO, said in a news release.

Tennessee’s Department of Economic and Community Development says Smith & Wesson Brands, Inc. will move its headquarters, distribution, assembly and plastic injection molding operations to Maryville, 18 miles (29 kilometers) south of Knoxville. Groundbreaking is planned before the end of the year.

One of the reasons to head to Tennessee, the company reasoned, is its “support for the 2nd Amendment.”

Tennessee has moved to loosen gun restrictions in recent years under Republican leadership. Earlier this year, the state became the latest to allow most adults 21 and older to carry handguns without a permit that requires first clearing a state-level background check and training.

The company said the move will not begin until 2023. The jobs will be relocated from the Massachusetts facility, which will remain operational but will be reconfigured, and from facilities in Deep River, Connecticut, and Columbia, Missouri, both of which will close, the company said.

The Connecticut plastic injection molding facility will be sold, while the Missouri facility used for distribution will be marketed for sublease, the company said.

With the move, the company will go from four to three locations, with no effect on the facility in Houlton, Maine. Some manufacturing operations will remain in Massachusetts and the company plans to continue to have more than 1,000 employees in the state.

The gunmaker will have company in Tennessee: Officials say the state is home to more than 20 small arms and ammunition manufacturers.