To swim like a tuna, robotic fish need to change how stiff their tails are in real time. 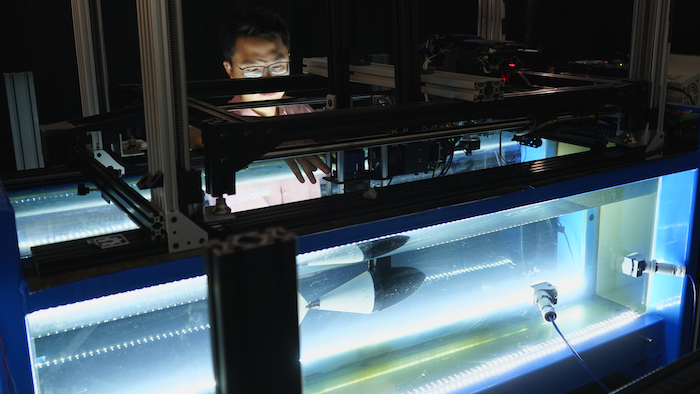 Researchers have been building robotic fish for years, but the performance has never approached the efficiency of real fish.
Daniel Quinn, CC BY-NC

Fish take a very different approach to moving through water: Their bodies and fins are very flexible, and this flexibility allows them to interact with water more efficiently than rigid machines. Researchers have been designing and building flexible fishlike robots for years, but they still trail far behind real fish in terms of efficiency.

I am an engineer and study fluid dynamics. My labmates and I wondered if something in particular about the flexibility of fish tails allows fish to be so fast and efficient in the water. So, we created a model and built a robot to study the effect of stiffness on swimming efficiency. We found fish swim so efficiently over a wide range of speeds because they can change how rigid or flexible their tails are in real time. 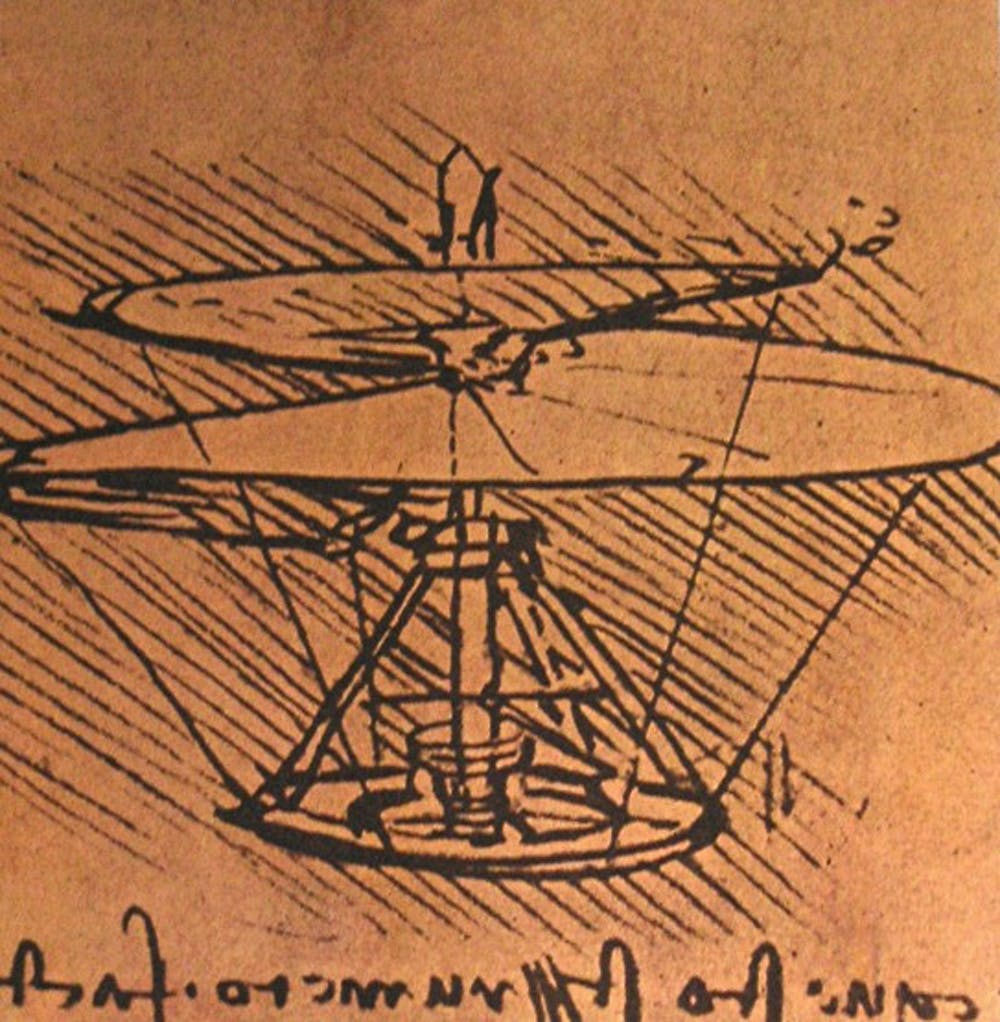 Why are people still using propellers?

Fluid dynamics applies to both liquids and gasses. Humans have been using rotating rigid objects to move vehicles for hundreds of years – Leonardo Da Vinci incorporated the concept into his helicopter designs, and the first propeller–driven boats were built in the 1830s. Propellers are easy to make, and they work just fine at their designed cruise speed.

It has only been in the past couple of decades that advances in soft robotics have made actively controlled flexible components a reality. Now, marine roboticists are turning to flexible fish and their amazing swimming abilities for inspiration.

When engineers like me talk about flexibility in a swimming robot, we are usually referring to how stiff the tail of the fish is. The tail is the entire rear half of a fish’s body that moves back and forth when it swims.

Consider tuna, which can swim up to 50 mph and are extremely energy efficient over a wide range of speeds.

The tricky part about copying the biomechanics of fish is that biologists don’t know how flexible they are in the real world. If you want to know how flexible a rubber band is, you simply pull on it. If you pull on a fish’s tail, the stiffness depends on how much the fish is tensing its various muscles.

The best that researchers can do to estimate flexibility is film a swimming fish and measure how its body shape changes.

Searching for answers in the math

Researchers have built dozens of robots in an attempt to mimic the flexibility and swimming patterns of tuna and other fish, but none have matched the performance of the real things.

In my lab at the University of Virginia, my colleagues and I ran into the same questions as others: How flexible should our robot be? And if there’s no one best flexibility, how should our robot change its stiffness as it swims?

We looked for the answer in an old NASA paper about vibrating airplane wings. The report explains how when a plane’s wings vibrate, the vibrations change the amount of lift the wings produce. Since fish fins and airplane wings have similar shapes, the same math works well to model how much thrust fish tails produce as they flap back and forth.

Using the old wing theory, postdoctoral researcher Qiang Zhong and I created a mathematical model of a swimming fish and added a spring and pulley to the tail to represent the effects of a tensing muscle. We discovered a surprisingly simple hypothesis hiding in the equations. To maximize efficiency, muscle tension needs to increase as the square of swimming speed. So, if swimming speed doubles, stiffness needs to increase by a factor of four. To swim three times faster while maintaining high efficiency, a fish or fish-like robot needs to pull on its tendon about nine times harder.

To confirm our theory, we simply added an artificial tendon to one of our tunalike robots and then programmed the robot to vary its tail stiffness based on speed. We then put our new robot into our test tank and ran it through various “missions” – like a 200-meter sprint where it had to dodge simulated obstacles. With the ability to vary its tail’s flexibility, the robot used about half as much energy on average across a wide range of speeds compared to robots with a single stiffness. 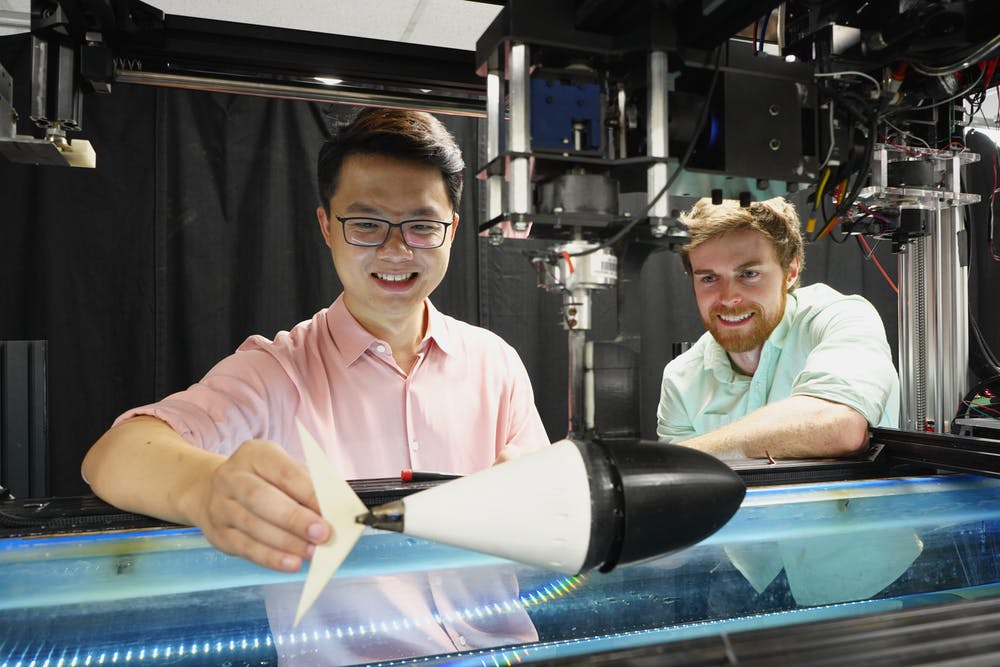 Qiang Zhong (left) and Daniel Quinn designed their robot to vary its stiffness as it swam at different speeds.Yicong Fu, CC BY-ND

While it is great to build one excellent robot, the thing my colleagues and I are most excited about is that our model is adaptable. We can tweak it based on body size, swimming style or even fluid type. It can be applied to animals and machines whether they are big or small, swimmers or flyers.

For example, our model suggests that dolphins have a lot to gain from the ability to vary their tails’ stiffness, whereas goldfish don’t get much benefit due to their body size, body shape and swimming style.

The model also has applications for robotic design too. Higher energy efficiency when swimming or flying – which also means quieter robots – would enable radically new missions for vehicles and robots that currently have only one efficient cruising speed. In the short term, this could help biologists study river beds and coral reefs more easily, enable researchers to track wind and ocean currents at unprecedented scales or allow search and rescue teams to operate farther and longer.

In the long term, I hope our research could inspire new designs for submarines and airplanes. Humans have only been working on swimming and flying machines for a couple centuries, while animals have been perfecting their skills for millions of years. There’s no doubt there is still a lot to learn from them.

This article is republished from The Conversation under a Creative Commons license. Read the original article here: https://theconversation.com/to-swim-like-a-tuna-robotic-fish-need-to-change-how-stiff-their-tails-are-in-real-time-168046.