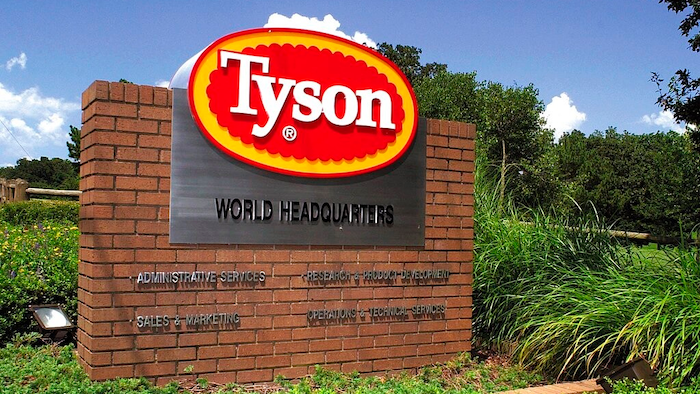 NEW YORK (AP) — Tyson Foods is offering its front-line workers paid sick leave for the first time, part of an agreement that secured union support for its mandate that all U.S. employees get vaccinated against the COVID-19 virus.

The meatpacking giant said 90,000 — or 75% — of its 120,000 U.S. workers have now been vaccinated, up from 50% when it announced the mandate on Aug. 3. Workers have until Nov. 1 to get vaccinated, but there are exemptions for medical and religious reasons under agreement with the the United Food and Commercial Workers and the Retail, Wholesale and Department Store Union.

Tyson Foods, which owns the Jimmy Dean and Hillshire Farm brands, is among the few companies with a large front-line workforce to impose a vaccine mandate so far. Many companies have taken aggressive steps to encourage workers to get the vaccines while avoiding mandates that could worsen a labor shortage.

Under the agreement, Tyson workers can earn up to 20 hours of paid sick leave. They will also get paid time off to get the vaccine and additional time off for any side effects. The UFCW and the RWDSU represent 26,000 Tyson workers, but the Springdale, Arkansas-based company said paid sick leave would extend to all employees.

The UFCW said it was the union's first time reaching a national agreement to provide paid sick leave for meatpacking workers.

“Paid sick leave is critical to ensuring workers can get vaccinated without losing a paycheck,” UFCW Marc Perrone said in a statement. “Every company in America must follow Tyson’s lead and act now to guarantee paid leave to help even more of our country’s essential workers get vaccinated as soon as possible.”

RWDSU President Stuart Appelbaum said the agreement includes a job exchange plan that will allow employees who don't get the vaccines for medical and religious regions to work “in areas with low interpersonal contact."

Workplace advocates have cited inadequate paid sick leave as a key barrier preventing low-income workers from getting the vaccine.

Tyson Foods announced several another benefits for its workers, including a week of paid vacation.

"These measures are the latest examples of our ongoing efforts to make Tyson the most sought-after place to work,” Johanna Söderström, Tyson Foods' executive vice president and chief human resources officer, said in a statement.

Tyson Foods has staged more than 100 vaccination events since February and offered $200 bonus and $6 million sweepstakes to encourage workers to get the shots.

Other companies, including Amazon and Walmart, the country's two largest private employers, have rolled out similar initiatives while stopping short of requiring the vaccines for hourly workers. But employers have increasingly adopted tougher vaccine policies since the Food and Drug Administration gave full approval to Pfizer's COVID-19 vaccine.

Some labor unions have opposed vaccine mandates, while others have insisted that any requirements be negotiated with workers.

“This vaccine agreement with Tyson shows just how critical it is for companies to meet with unions before making unilateral mandates,” Appelbaum said.

Biden Vows to Crack Down on Meat Prices; Industry Leaders Push Back