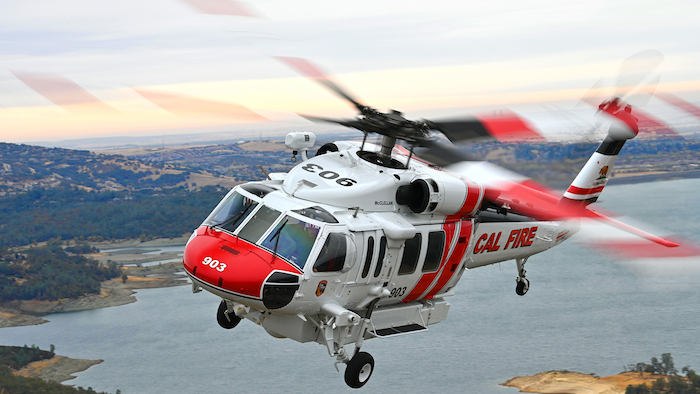 The first aircraft received will be configured as a FIREHAWK helicopter for the State of Colorado, which announced its contract with United Rotorcraft on Aug. 16.

To modify a Black Hawk helicopter to the Firehawk configuration, United Rotorcraft installs and integrates a 1,000-gallon (3,785-liter) external water tank system to the aircraft’s belly.

Fingertip controls allow pilots to drop the precise amount of water with high accuracy and refill the tank via a retractable snorkel in 60 seconds or less while hovering 10 feet over a water source.

United Rotorcraft works hand in hand with public agencies to further customize the aircraft, as needed, from communications and navigation systems, to cabin interiors, transforming the FIREHAWK into a true multi-mission aircraft, with the ability to transport up to 12 firefighters, provide medical care on board, or perform search and rescue operations.