Summit Midstream Partners LLC admitted it failed to share all relevant information regarding the volume and duration of the spill. 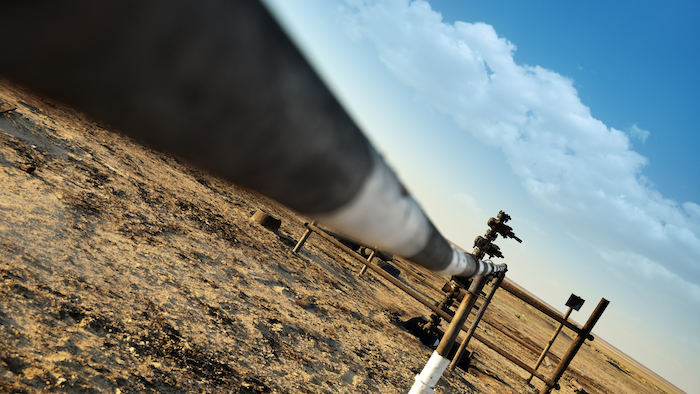 FARGO, N.D. (AP) — An oil company that waited more than five months to investigate and report a 2014 pipeline spill in North Dakota that discharged more than 29 million gallons of drilling wastewater has agreed to pay more than $35 million in civil and criminal fines. the U.S. Department of Justice said Thursday.

Federal officials said it's the largest inland drilling spill of produced water, a waste product of hydraulic fracturing, or fracking. The spill from the 96-mile (154.50-kilometer) underground pipeline contaminated more than 30 miles of Missouri River tributaries as well as land and groundwater, the complaint said. It was visible in photographs taken by satellites.

The complaint against Summit Midstream Partners LLC says the data collected by the company in August 2014 showed a significant drop in the pipeline pressure, indicating a rupture in the newly built line. Despite concerns raised in October 2014 by Summit's construction manager and engineer, the company did not identify the leak until January 2015, after an employee walked the line.

Court documents show that Summit’s construction manager sent an email to other employees in October 2014 about “extreme low pressure” on the system. The facilities engineer responded: “Not good. We may want to consider shutting it down.” Summit continued to operate the line.

Summit eventually reported a 2.9 million gallon spill of produced water even though the leak was 10 times larger, according to the civil complaint filed against Summit and related companies, Meadowlark Midstream Company LLC and Summit Operating Services Company LLC.

Summit admitted in documents that it knowingly failed to share all relevant information regarding the volume and duration of the spill and that its reports to federal and state authorities “were incomplete and misleading." The company also said it did not have proper meters installed until the beginning of 2015.

Heath Deneke, president, CEO and chairman of Summit Midstream Partners, said in a statement that the company has accepted the responsibility for the produced water spill and has invested $75 million on numerous improvements, including state-of-the-art leak detection technology and other monitoring and alarm systems.

“While we consider the overall monetary settlement penalties as severe under the circumstances, particularly given our substantial remediation and and mitigation efforts to date, we believe that putting this matter behind us with manageable payment terms over the next six years is in the best interest of all of Summit's stakeholders and employees,” Deneke said.

State and federal authorities said the wastewater had a large concentration of saline, as well as oil, radioactive substances and other pollutants, including ammonia, aluminum, arsenic, boron, copper, nickel, selenium, zinc, barium, benzene, and thallium.

“Summit prioritized profits over the environment. The company’s disregard for pipeline safety resulted in pollution of the environment on a massive scale over 143 days,” said Assistant Attorney General Todd Kim of the DOJ's Environment and Natural Resources Division.

The parallel settlements call for the three defendants to pay $20 million in civil penalties and $1.25 million in natural resources damages, as well as fulfilling a list of numerous steps to prevent future spills. Summit has already spent $50 million to clean up the spill. The company will serve three years of probation while those remedial measures are being completed and monitored by state regulators.

The Keystone XL Pipeline Is Dead