FirstEnergy originally said it did not use customer money to fund the $60 million scheme. 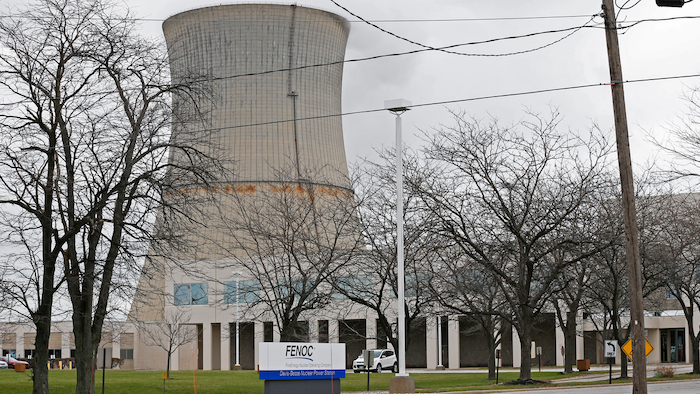 The Akron-based company issued a notice to the Public Utilities Commission of Ohio on Friday that said its deferred prosecution agreement with the U.S. Department of Justice requires a re-examination of those denials.

And on Monday, a campaign spokesperson for Republican Gov. Mike DeWine announced the campaign had given away more than $130,000, the amount of money he received in campaign donations from FirstEnergy and company executives. The decision to donate the money was announced following FirstEnergy's admission last week in the prosecution agreement that it used dark money groups to bankroll the bailout effort.

The utilities commission last September, at the request of the Ohio Consumers' Counsel, ordered the Akron-based company to “show cause” about whether ratepayers bankrolled charitable donations or political contributions in lobbying for passage of the bailout bill.

The company still owned the power plants operated by a subsidiary when the bill was approved and quickly signed by DeWine in July 2019.

"With its filing, we hope FirstEnergy will be striking a more cooperative note with answers for consumers, though experience tells us to remain vigilant,” Ohio Consumers' Counsel Bruce Weston said on Monday.

A message seeking comment about last week's filing was left with FirstEnergy officials on Monday.

This latest reckoning by the company comes in the wake of FirstEnergy's agreement with the Justice Department to pay a $230 million fine and agree to adhere to numerous provisions to avoid being charged criminally with conspiracy to commit honest services wire fraud.

The charge, according to the agreement, involves bribery, lying or concealing facts, an intent to defraud, and using wire communications to further the scheme.

On Monday, a campaign spokesperson said DeWine has given away the amount of money he received in campaign donations from FirstEnergy Corp. following its admission that it used dark money groups to get the bailout bill approved.

The $130,473 check was sent on Monday to the Ohio Alliance of Boys and Girls Clubs, said DeWine campaign manager Brenton Temple. It included donations from FirstEnergy’s political action committee and company executives made since January 2015 to both DeWine and Lt. Gov. Jon Husted, including some donations made before their campaigns merged.

DeWine said neither he nor anyone in his administration was named in the deferred prosecution agreement.