He alleged that opening the spillway caused an environmental and economic disaster. 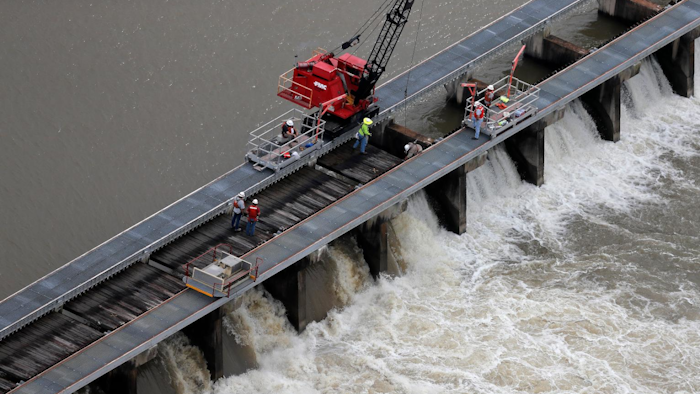 NEW ORLEANS (AP) — The Army Corps of Engineers ignored its own operating manual when it twice opened a Mississippi River spillway in 2019, causing an environmental and economic disaster in Mississippi and Louisiana, Mississippi Lt. Gov. Delbert Hosemann said Tuesday.

He spoke on the way to Pass Christian to see endangered sea turtles released after being rehabilitated in Mississippi from cold-stunning in New England, and said he planned to bring up the topic then.

“We're excited that Mississippi and Mississippi State University and our group here —the Institute of Marine Mammal Study and (director) Moby Solangi and the others have been able to provide help to these turtles,” said Hosemann, who participated along with Louisiana Lt. Gov. Billy Nungesser.

But he said the entire Mississippi Sound, where the turtles were to be released, was damaged in part because the Corps ignored one section of the operating manual for the the Bonnet Carré Spillway. It requires the Corps to open the Morganza Floodway near Baton Rouge before the spillway, which opens into a big brackish lake bordering New Orleans, Hosemann said.

That allegation also is made in federal court papers filed by Mississippi in May, in connection with a lawsuit challenging the way the spillway is operated.

The spillway sends large pulses of freshwater through Lake Pontchartrain and into the Mississippi Sound, disrupting the balance between freshwater and saltwater in coastal estuaries. That in turn can kill oysters, shrimp and other marine species and cause algae blooms that close beaches.

Besides, the federal attorneys added, Mississippi's lawsuit “has not challenged the Corps’ interpretation and application of the water control manuals.”

The section quoted by Mississippi said that of 2.1 million cubic feet per second (59,500 cubic meters per second) flowing down the Mississippi, “600,000 cfs (17,000 cms) are to be diverted to the Atchafalaya Basin via the Morganza Floodway."