The donation comes as the richest man in the world prepares to fulfill his childhood dream of traveling to space. 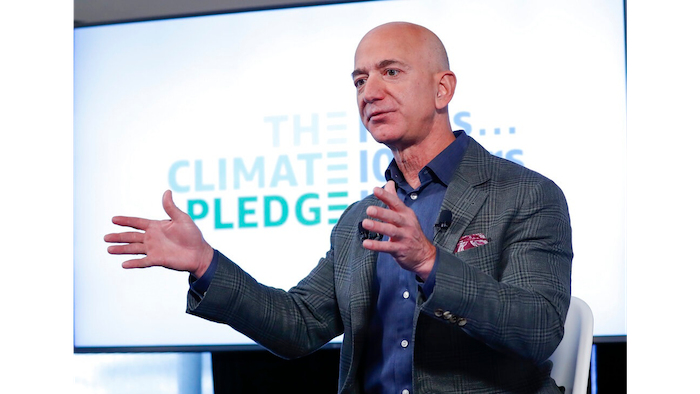 WASHINGTON (AP) — Amazon founder and soon-to-be-space traveler Jeff Bezos is donating $200 million to the Smithsonian Institution to boost its National Air and Space Museum, the largest gift received by the institution since its founding in 1846.

The Smithsonian said $70 million of the money would support museum renovations. The other $130 million would go toward building a new education center at the museum called the Bezos Learning Center to inspire students to promote innovation and explore careers in science, math and engineering.

“This historic gift will help the Smithsonian achieve its goal of reaching every classroom in America by creating a world-class learning center with access and inspiration at its heart,” said Smithsonian Secretary Lonnie Bunch.

The donation comes as the richest man in the world by Forbes’ estimate prepares to fulfill his childhood dream of traveling to space. Bezos, 57, will blast into space on July 20 when his space exploration company Blue Origin makes its first flight with a crew. He'll be bringing along his younger brother Mark, an investor and volunteer firefighter.

Bezos, a past contributor to Smithsonian museums, said in a statement that he wanted to support the Smithsonian’s “vital role in igniting the imaginations of our future builders and dreamers.”

“Every child is born with great potential, and it’s inspiration that unlocks that potential," he said. "My love affair with science, invention and space did that for me, and I hope this gift does that for others.”

The Air and Space Museum on the National Mall has been undergoing major renovations since 2018. It remains closed and is scheduled to reopen on July 30.

“At this moment, the first human to set foot on Mars might be in elementary school,” said Ellen Stofan, the Smithsonian’s under secretary for science and research and former director of the National Air and Space Museum. “As the largest and most visited aerospace museum in the world, the museum wants to spark that passion and enrich the imagination and ingenuity of every student who visits the Smithsonian.”

Bezos stepped down as Amazon CEO this month. In a blog post to employees earlier this year, Bezos said he planned to devote more time to side projects, including Blue Origin, his philanthropic initiatives and overseeing The Washington Post, which he owns.