Xiaomi sued the U.S. government after the Trump administration blacklisted the company in January. 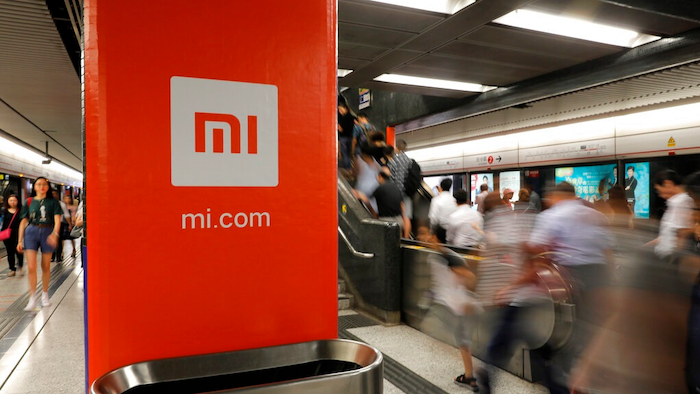 In this July 9, 2018, file photo, an advertisement for Xiaomi is displayed at a subway station in Hong Kong. China’s commerce ministry said Thursday that the removal of Xiaomi Corp. from a U.S. government blacklist was beneficial, a day after the U.S. reversed a ban on U.S. investments in the smartphone maker imposed by former President Donald Trump.
AP Photo/Vincent Yu, File

HONG KONG (AP) — China’s commerce ministry on Thursday welcomed the removal of Xiaomi Corp. from a U.S. government blacklist, a day after the U.S. reversed a ban on U.S. investments in the smartphone maker that was imposed under former President Donald Trump.

“China has always believed that removing sanctions and restrictions and stopping suppression of Chinese companies will benefit China, the United States, and the world,” Gao Feng, spokesperson for China’s Ministry of Commerce, said at a news briefing Thursday.

Xiaomi, a Beijing-based company known for its value-for-money smartphones and smart devices, was added to a Defense Department blacklist in January this year in the last few days of the Trump administration, which accused it of links to China’s military.

U.S. investors were ordered to divest their stakes held in Xiaomi by November.

In response, Xiaomi sued the U.S. government over the ban, demanding to be removed from the list. It denies having any links with China’s People’s Liberation Army.

On Wednesday, a U.S. court filing said that the U.S. Department of Defense will remove Xiaomi from the blacklist after the two parties reached an agreement, media reports said.

A Xiaomi spokesperson said that the company was paying close attention to the issue.

The company's Hong Kong-listed shares fell nearly 2.9% Thursday, a day after gaining 6% on news of it was being removed from the U.S. blacklist.

Under the Trump administration, Chinese technology companies such as drone maker DJI and telecommunications equipment supplier Huawei were put on a trade blacklist out of concerns such companies might be security risks.

U.S. companies and individuals are banned from dealing with companies on such lists or in some cases must seek special permission in advance.

Companies like Huawei and DJI have both denied that they send any data to China, although China hawks say that such companies may be obliged to assist espionage efforts as stipulated in China’s national intelligence law.