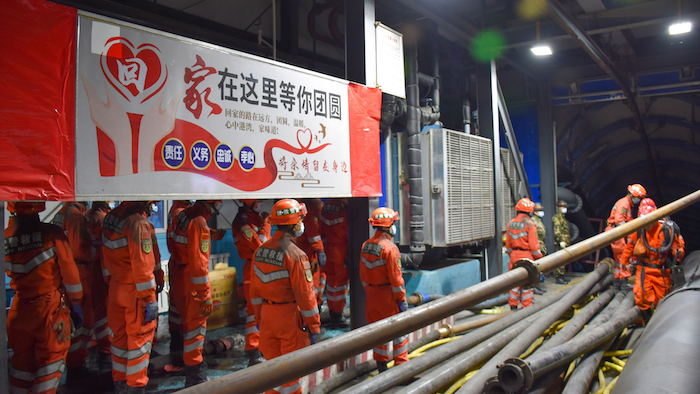 In this photo released by Xinhua News Agency, rescue workers stand near a banner which reads: "Home is waiting for your region" at the entrance to a flooded coal mine.
Gao Han/Xinhua via AP

BEIJING (AP) — Rescuers on Sunday were trying to reach 21 coal miners who were trapped by an underground flood in China's northwest, a state news agency reported.

The mine in Hutubi County in the Xinjiang region flooded at about 6:10 p.m. on Saturday, the Xinhua News Agency said. It said eight people were rescued.