The company told its customers to address the matter before flying the embattled aircraft further. 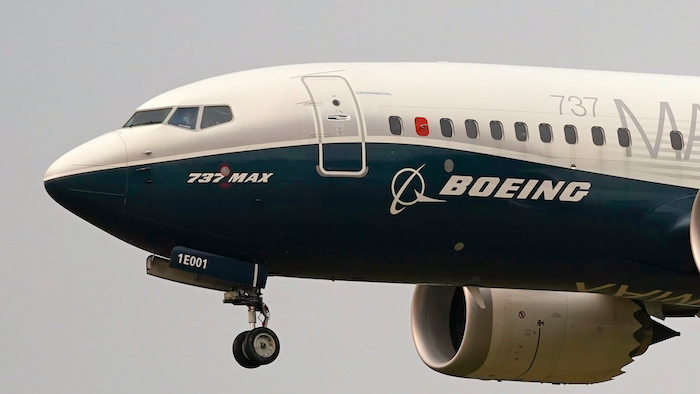 Boeing has told 16 of its customers to address a possible electrical issue in group of 737 Max aircraft before using them further.

The Max was grounded worldwide in March 2019 after two crashes killed 346 people. Regulators in the U.S., Europe, Canada, Brazil and other countries cleared the plane to resume flying after Boeing changed an automated flight-control system that played a role in the crashes.

Boeing said Friday that the recommendation was made "to allow for verification that a sufficient ground path exists for a component of the electrical power system." It did not specify how many aircraft could be involved. Some customers like Southwest Airlines, which began flying the Max again last month after the grounding order was lifted, is a big user.

Southwest spokesman Brian Parrish said 30 of the airline's 58 737 Max 8 aircraft are affected by the notification. While Southwest hasn't experienced any known operational challenges related to the issue, it has removed the 30 planes from its schedule for further review.

Southwest is currently operating a limited schedule with the Max, but Parrish said that the company will swap any flights previously scheduled with the impacted aircraft. It has a fleet of more than 700 Boeing 737s. The company anticipates the issue causing minimal disruption to operations.

Boeing said that it's working closely with the Federal Aviation Administration on the matter. Shares of Boeing Co., based in Chicago, slipped less than one percent before the opening bell Friday.