The company plans to close seven refineries and reduce production of gasoline and diesel fuel by 55% over the next decade. 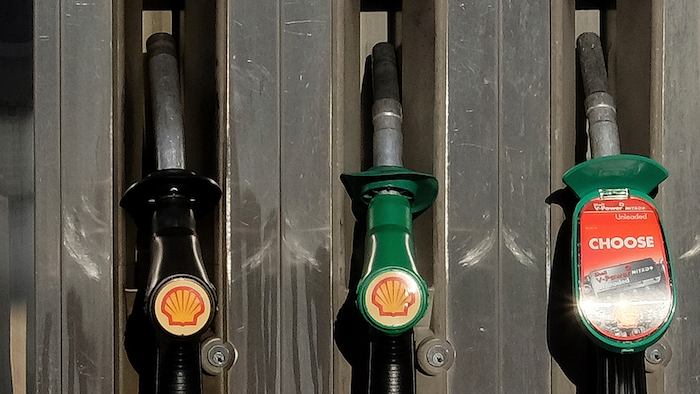 LONDON (AP) — Global energy company Shell said it plans to eliminate seven refineries and reduce production of gasoline and diesel fuel by 55 percent over the next decade as it unveiled new plans for reaching its goal of being carbon neutral by 2050.

Royal Dutch Shell, which built its brand exploring for oil and natural gas in Africa, South America and the North Sea, said Thursday that the company's oil production peaked in 2019 and is expected to decline by one to two percent annually.

"Our accelerated strategy will drive down carbon emissions and will deliver value for our shareholders, our customers and wider society," Chief Executive Ben van Beurden said in a statement.

Critics say energy companies like Shell are moving too slowly to cut carbon emissions blamed for global warming amid a United Nations drive to limit temperature increases to no more than 1.5 degrees Celsius (2.7 degrees Fahrenheit) over pre-industrial levels.

Shell said it plans to increase production of liquefied natural gas, low-carbon fuels such as bioethanol and hydrogen as it seeks to eliminate or offset all carbon emissions from the company's operations and the products it sells.

The company plans to increase its network of electric vehicle charging stations to about 500,000 by 2025 from 60,000 today and double electricity sales to retail and business customers. Shell also said it will invest $100 million annually in "nature-based solutions" that protect or redevelop forests, wetlands and grasslands that take carbon out of the atmosphere.

Meeting those goals will have an impact on the company's existing operations. Shell said that as the company cuts production of traditional fuels it will reduce the number of refineries it operates to six from 13. The six remaining sites will produce both chemicals and energy, Shell said.