When the final stage of the rocket ignited, the spacecraft tumbled off course. 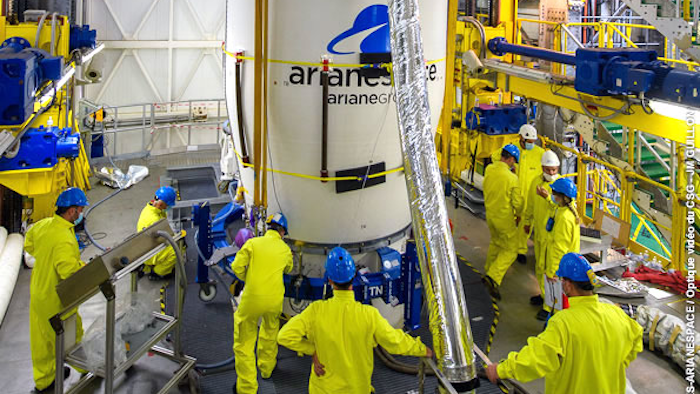 Installation of Vega’s "upper composite" atop the launch vehicle.
Arianespace

BERLIN (AP) — Arianespace said Tuesday that wrong cabling was likely to blame for the failed launch of a rocket that was meant to lift two European satellites into orbit.

France-based Arianespace said an initial investigation showed the first stages of the Vega launch vehicle had functioned as planned. When the final stage of the rocket — known as AVUM — ignited, the spacecraft tumbled off course, leading to a “loss of mission,” it said.

“A problem related to the integration of the fourth-stage AVUM nozzle activation system is the most likely cause of the loss of control of the launcher,” Arianespace said.

The company's chief technical officer, Roland Lagier, said data indicated the issue was down to wrongly installed cables in a system controlling the thrusters.

He blamed quality control and “a series of human errors,” for the problem.

“Arianespace expresses its deepest apologies to the clients and the satellite manufacturers involved in this mission,” the company said.

A previous Vega launch failure, in July 2019, was attributed to a design flaw.