The outbreak came despite the government last week ordering all birds on poultry farms to be kept indoors. 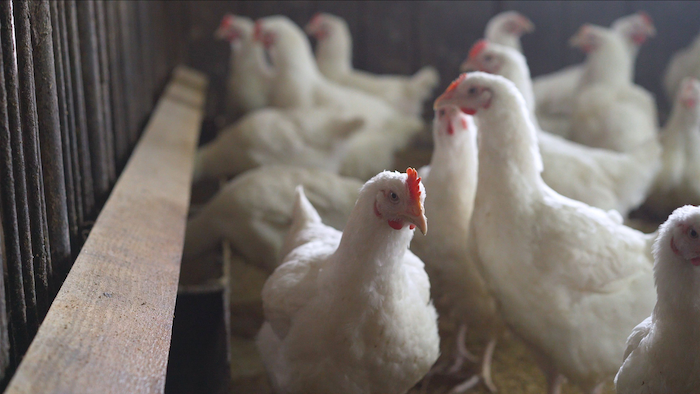 THE HAGUE, Netherlands (AP) — More than 35,000 chickens are to be culled at a Dutch farm after a highly pathogenic strain of bird flu was discovered there, the agriculture ministry announced Thursday.

The outbreak came despite the government last week ordering all birds on poultry farms to be kept indoors after tests confirmed a highly pathogenic strain of avian influenza in two dead wild swans found in a village near the central city of Utrecht.

The government did not immediately report the exact strain of bird flu that infected chickens on the farm.

The agriculture ministry tightened controls Thursday around the infected farm in the village of Altforst, 100 kilometers (62 miles) southeast of the capital, Amsterdam. Another 34 farms are situated within a 10-kilometer (6 mile) radius of the infected location.

Authorities banned the transport of any birds, eggs, manure, used straw and other animal products from the 10-kilometer ring around the infected farm.