Aircraft will need to be built much more quickly to make urban air mobility a reality. 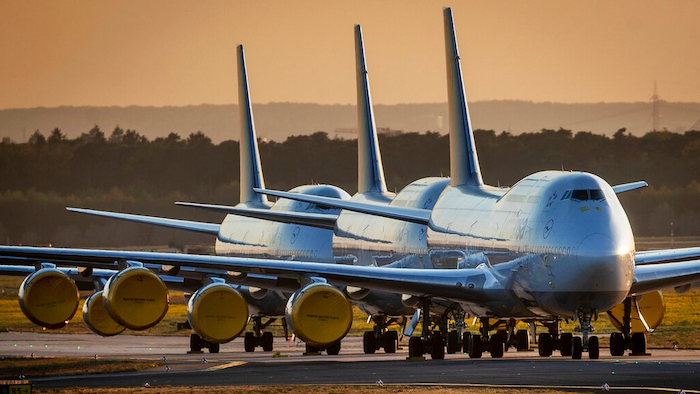 COLUMBIA, S.C. -- The University of South Carolina (UofSC) College of Engineering and Computing will transform the manufacturing and simulation processes used in aircraft production through a $5.7 million NASA grant. The research team's atom to airframe to spaceframe approach will make urban air mobility possible by dramatically increasing the production rate of aircraft.

Ranging from drone delivery services to air metro services to air taxis, urban air mobility refers to in-air transportation within urban areas. It is expected to be a commercially viable market by 2030. However, this will require aircraft to be built in much higher quantities and frequencies than currently being produced.

Today, high-selling aircraft like the Boeing MAXX and the Airbus A321 can be produced at a rate of 60 to 70 aircraft a month, or two to three aircraft a day. Michel van Tooren, the initiator of the NASA proposal and the former director of UofSC's SmartState Center for Multifunctional Materials and Structures, predicts that urban air transport will ultimately require 100 aircraft to be produced a day.

"How do you do that?" van Tooren says. "And if you do 100 aircraft a day and it's maybe 30 blades on an aircraft, then that's 3,000 blades a day. There's no technology available at the moment that creates such an enormous number of aircraft-quality products, and that's the big challenge."

"In an impressively short period, the UofSC McNair Aerospace Center has become a household name in the aerospace composites world, especially in the area of thermoplastics and fastener-free joining, as well as robotics, digital commissioning, combustion and predictive maintenance," says Hossein Haj-Hariri, dean of the College of Engineering and Computing. "Receiving one of the coveted NASA ULIs is testimony to the excellence of the center, which continues to pursue and receive similarly competitive and prestigious funding in all its areas, and educates, trains and produces graduates that are at the forefront of their respective disciplines, and highly sought as a result."

Boise State and Southern Mississippi will begin the research using experimental and simulation techniques to make the thermoplastic tape that aircraft are built from stronger and more durable. This tape will then be passed to South Carolina's team, which will use advanced manufacturing processes such as automated fiber placement and automated tape layup to build aircraft parts at a higher production rate. The UofSC team will then use thermoplastic welding, instead of nuts and bolts, to fusion bond the parts together.

"It's a new level of simulation and it's a new way of manufacturing," van Tooren says. "Through it, we can transform aerospace manufacturing and open the door to large-scale urban air mobility sooner than we ever imagined."

The University Leadership Initiative was created by the NASA Aeronautics Research Mission Directorate (ARMD). This $32.8 million ULI has five team leads, including South Carolina, North Carolina Agricultural and Technical State University, Oklahoma State University, Stanford University and the University of Delaware. The ULI will allow these universities to build their own teams and formulate their own research paths in hopes that their findings support the NASA ARMD portfolio and the larger U.S. aviation community.