Sales of passenger cars jumped 8.5% from a year earlier to 1.67 million. 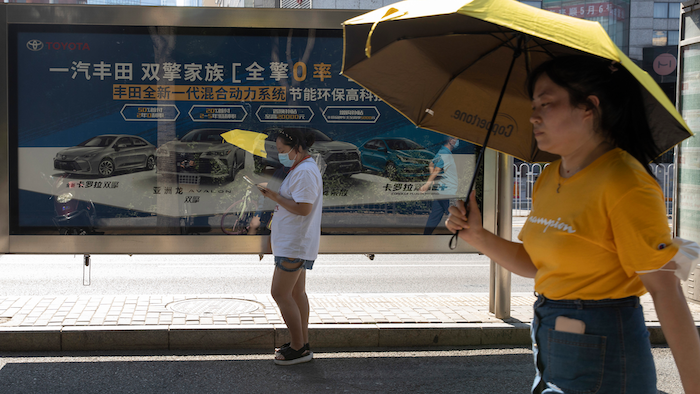 BEIJING (AP) — China’s auto sales rose by 16.4% in July over a year earlier to 2.1 million units in a sign of sustained recovery for the industry’s biggest global market, an industry group said Tuesday.

The China Association of Automobile Manufacturers reported that sales of passenger cars jumped 8.5% from a year earlier to 1.67 million.

In the first seven months of the year, passenger vehicle sales tumbled 18.4% from a year earlier, to 9.5 million, the CAAM said, as many cities in China imposed wide shutdowns during the first quarter to battle the new coronavirus pandemic.

Demand already was weak before the pandemic hit, due to consumer jitters over a slowing economy and trade tensions with Washington. Sales fell 9.6% last year, the second straight annual decline. But customers appear to have returned to showrooms, looking for deals.

“The trend is good after recovering momentum in the second quarter of the year," the group said in a statement.

Weakness in the China market has hurt global automakers that are looking to China to propel sales growth.

It also squeezes cash flow at a time when global and Chinese brands are spending billions of dollars to develop electric vehicles under pressure to meet government sales quotas.

Demand for electric vehicles weakened last year after Beijing reduced subsidies that helped to make China their biggest market, accounting for half of global sales.

SUV sales in July rose 14% from a year earlier while sales of sedans rose 4.6%.

China's market is still dominated mainly by foreign brands. Sales of Chinese vehicle models rose 4.5% in July from a year ago to 585,000 units. They had an overall market share of 35.1%, down slightly from a year earlier.