Workers face pressure from aircraft makers and fear retribution from their own bosses. 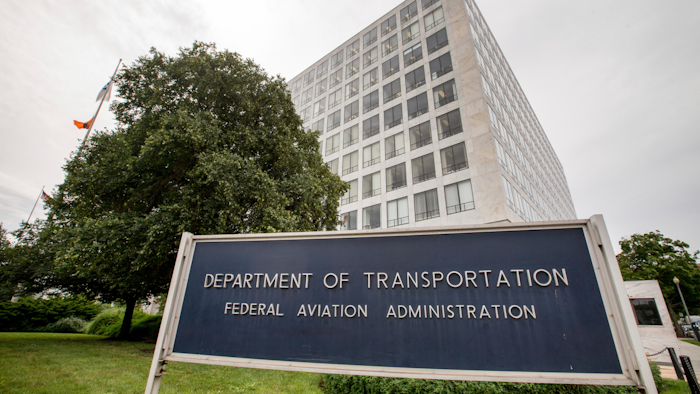 Federal employees overseeing Boeing and other aircraft makers say they face pressure from the companies and fear retribution from their own bosses if they raise too many safety concerns, according to a survey of the workers that was delivered to Congress on Friday.

Many of the Federal Aviation Administration employees surveyed said they believe that agency managers are too concerned with the industry’s objectives and aren’t held accountable for decisions about safety.

One FAA employee said companies will say they will lose money if the FAA doesn't certify its plane fast enough. Another said the message to FAA workers is, “'Don’t rock the boat' with Boeing.”

The summary and comments were contained in a private company's report, dated in February, on the safety culture at the FAA. The FAA faces scrutiny from Congress over its approval of the Boeing 737 Max, which remains grounded after two deadly crashes less than five months apart.

The report reflects “a disturbing pattern of senior officials at a Federal agency rolling over for industry," said Rep. Peter DeFazio, D-Ore., chairman of the House Transportation Committee. “That's especially disturbing to see when it comes to Boeing, which, as we know now, pushed a plane through a broken regulatory process that resulted in the deaths of 346 innocent people.”

FAA Administrator Stephen Dickson said the report shows “that we have work to do to address problems" in the safety culture within the agency's aviation safety organization. “It is completely unacceptable that there are employees who lack confidence that their safety concerns are taken seriously.”

Dickson, a former Delta Air Lines pilot and executive who became FAA chief a year ago, was spared from the sharpest criticism in the survey. The report said employees perceive him to be demonstrating a commitment to safety. It cited a video in which Dickson pushed back against comments by Boeing officials that were seen as pressuring the FAA to let the Max resume flying.

The FAA asked Mitre Corp. to conduct the survey and report last year after the agency promised to improve its safety culture. Mitre said it sent surveys to more than 7,000 employees in the FAA’s aviation safety group and 25% responded.

FAA employees and managers in the survey and focus groups, who were not identified by name, reported strong pressure from industry “to find win-win solutions that benefit industry.” They said companies will complain to FAA senior leaders or Congress if they think that agency safety employees are getting in their way, according to the report.

The report portrays a situation in which FAA headquarters staff believes that it has a strong commitment to safety. However, the report said, many employees in the field believe their top leaders “are overly concerned with achieving the business-oriented outcomes of industry stakeholders and are not held accountable for safety-related decisions."

Employees also said that management of the aviation safety organization within the FAA doesn't back up front-line safety employees strongly enough.

“There is a fallout of us not being able to do our job,” one employee said. “Accidents happen and people get killed.”

The Mitre survey was reported earlier by Reuters.