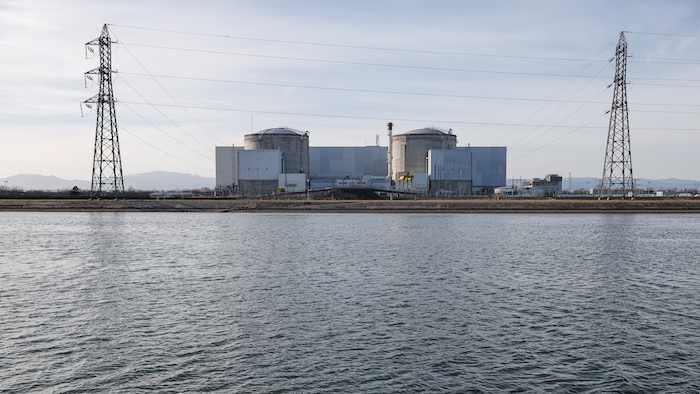 The last of two 900-megawatt reactors at Fessenheim was being powered down and taken offline overnight, part of a policy shift to reduce France's world-leading dependence on nuclear power.

The No. 1 reactor at the plant on the border with Germany was shut down in February.

Workers at electricity giant EDF, which operates Fessenheim and France's 18 other nuclear plants, described the closure as a tough blow.

“All the employees are mourning,” tweeted the CGT union at the plant, with a photo of someone wearing a black armband.

“It's the carrying out of a death sentence,” said Philippe Page Le Merour, a CGT representative.

Germany has long called for the plant to be shut down. It has been supplying electricity to the French grid since 1977.

Celebrated as a victory by anti-nuclear campaigners, Fessenheim's closure still leaves France with 56 pressurized water reactors at 18 plants. Nuclear energy supplies France with almost three-quarters of its electricity, more than any other country.

Under an energy strategy laid out in 2018 by President Emmanuel Macron, that balance is now shifting, with greater emphasis on renewables. The government has outlined plans for 12 more reactor closures and for only half of France's electricity to still come from nuclear by 2035.