During the Great Recession, the state had to borrow money to prop up its unemployment insurance trust fund. 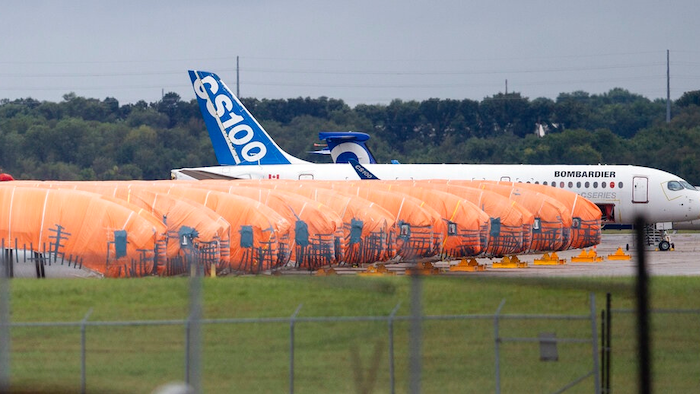 Kansas Labor Secretary Delia Garcia said Thursday that the state is better prepared to respond to layoffs stemming from the grounding of the troubled Boeing 737 Max than it was during the Great Recession, when it had to borrow money to prop up its unemployment insurance trust fund.

That fund now has about $1 billion in it — money that could be tapped now for things such as its shared work program that helps pay worker salaries to keep them on the job. The state is working closely with Spirit and other Kansas companies in the supply chain that supply parts and labor for the 737 Max, she said.

“We took a hit,” Garcia said of the Great Recession. “We've been through this before and we are resilient and we got out of it ... Right now we are talking one industry, and then it was much larger. I think we are more prepared than we were then.”

Spirit AeroSystems announced last week it planned to lay off off 2,800 workers and since then at least 10 Kansas companies have inquired about that program. Labor officials had no details yet on the number of jobs that might be covered by the shared work program. They declined to identify interested companies that have contacted them, citing the program's confidentiality.

But Garcia said the shared work program, which lasts 26 weeks, avoids layoffs and is a huge asset to the state. The program allows an employer to divide the available work among a specified group of affected employees in lieu of a layoff. Employees to receive a portion of their unemployment insurance benefits while working reduced hours.

Garcia also cited some of the other resources the state is making available to affected workers, including a mobile workforce center that the state is unveiling next week.

Spirit AeroSystems is the largest employer in Wichita, which bills itself as the "Air Capital of the World" due to a heavy concentration of aerospace manufacturers. More than 40 aerospace companies, most of them in and around Wichita, provide parts and services for the production of the 737 Max.

The 737 Max was grounded worldwide in March after crashes in Indonesia and Ethiopia killed 346 people.

Garcia's visit to the Workforce Center in Wichita comes a day after local government and community leaders announced the formation of a task force comprised of 14 organizations for what officials are dubbing the “Air Capital Commitment” to coordinate services and resources available to affected companies and workers.

“We are in this together. We are a community coming together to make sure we face these troubles side by side,” Wichita Mayor Brandon Whipple said. “This is not a situation where people who are impacted need to feel that they are in this alone.”

Aerospace employment in Kansas peaked in 2008, followed by a continual decline until 2017, according to the Center for Economic Development and Business Research at Wichita State University. Kansas then had a big ramp-up in aerospace jobs in 2018 and 2019. The layoffs at Spirit, planned to begin Jan. 22, means Wichita has lost that employment growth in the industry and is now back at its 2017 bottom.

“This is not good news, but we have experienced real economic downturns in far more numbers of people losing their jobs," Sedgwick County Commission Chairman Pete Meitzner said. "This is not our fault, the Max is not our fault. But we are suffering economically from it.”