Supporters said the change will save Californians as much as $2.4 billion on their annual utility bills. 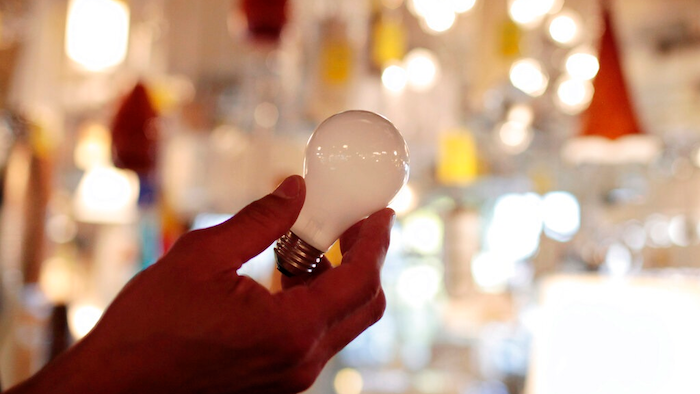 The judge said the associations are unlikely to succeed in their lawsuit, which argues that the state rules conflict with federal law.

Mueller said state regulators appear to have acted properly under exemptions that gave special privileges to California and Nevada to adopt tougher regulations more quickly than the U.S. Department of Energy.

In granting the exemptions, “Congress recognized, among other things, California’s history of leadership in energy efficiency regulations,” Mueller wrote.

President Donald Trump's administration in September scrapped an Energy Department rule that would have phased out less energy efficient incandescent bulbs nationwide. That decision slowed a yearslong effort by Congress and previous administrations to switch the nation to LED bulbs and other lighting that uses less electricity.

Mueller's ruling “keeps California at the forefront of the movement to resist the Trump Department of Energy’s efforts to tie Americans to the technology of the past,” Noah Horowitz, director of the Center for Energy Efficiency Standards at the Natural Resources Defense Council, said in a statement. "Given our climate crisis, it’s appalling that the greedy lighting manufacturers are still fighting these common-sense regulations that deliver massive carbon savings and put money back in consumers’ pockets.”

The American Lighting Association's vice president for government engagement, Michael Weems, said the decision sets a dangerous precedent when it comes to federal preemption, "and the consumers of California will suffer as a result.”

"Retailers will be burdened with perfectly good product that is now illegal for sale in California. Consumer access to these products is effectively eliminated,” he said in a statement.

The new regulations include incandescent and halogen candle- and flame-shaped bulbs used in chandeliers and sconces, reflector bulbs used in recessed cans and track lighting, round globe bulbs, and bulbs that can operate at three different light levels. Previous regulations affected other types of light bulbs.

Supporters said the change will save Californians as much as $2.4 billion on their annual utility bills after less efficient bulbs have burned out.