Microsoft and other tech giants have been competing with one another to strike lucrative partnerships with ExxonMobil, Chevron, Shell, BP and other energy firms. 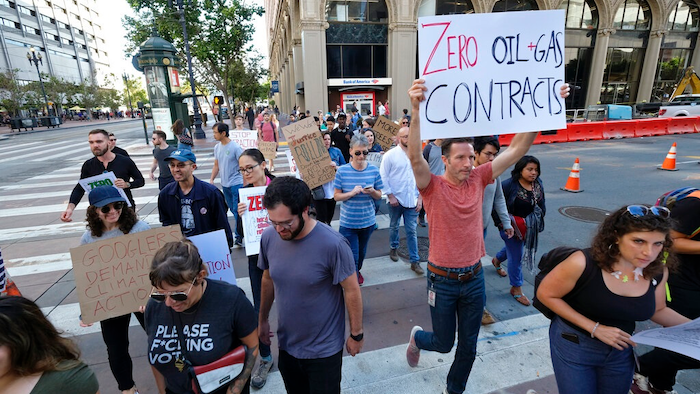 Employee activism and outside pressure have pushed big tech companies like Amazon, Microsoft and Google into promising to slash their carbon emissions. But there's another thing these tech giants aren't cutting: Their growing business ties to the oil and gas industry.

When Microsoft held an all-staff meeting in September, an employee asked CEO Satya Nadella if it was ethical for the company to be selling its cloud computing services to fossil fuel companies, according to two other Microsoft employees who described the exchange on condition they not be named. Such partnerships, the worker told Nadella, were accelerating the oil companies' greenhouse gas emissions.

Microsoft and other tech giants have been competing with one another to strike lucrative partnerships with ExxonMobil, Chevron, Shell, BP and other energy firms, in many cases supplying them not just with remote data storage but also artificial intelligence tools for pinpointing better drilling spots or speeding up refinery production.

The oil and gas industry is spending roughly $20 billion each year on cloud services, which accounts for about 10% of the total cloud market, according to Vivek Chidambaram, a managing director of Accenture's energy consultancy. It's not yet clear whether the extraction industry is getting its money's worth, although experts remain bullish about the application of advanced technology to oil and gas exploration.

Nadella sought to assuage employee concerns at the September 12 meeting, first by reiterating Microsoft's internal efforts on environmental sustainability, according to the workers, who asked for anonymity because they feared retaliation for speaking about an internal meeting. The employees said Nadella also defended Microsoft's energy partners, pointing out their investments in researching and developing more sustainable energy production methods.

"There's no fossil fuel CEO who sits there and says, 'You know, I'm just gonna deny climate change,'" Nadella said, according to the employees' transcript of his remarks. "If anything, they're all saying, 'Let us have, in fact, the regulation, the pricing mechanisms that get us to this future.'"

Microsoft said in an emailed statement Tuesday that it is "focused on helping companies of all kinds become more efficient, including energy companies." It declined to comment on Nadella's remarks, which were part of a regularly scheduled "all-hands" gathering in which the CEO welcomes questions on a range of topics.

Less than a week after that exchange and days before a planned worldwide protest over climate change , Microsoft announced yet another major deal for its Azure cloud computing platform — this time with Chevron and oilfield services giant Schlumberger. The timing of the announcement ahead of the climate protest and United Nations climate action meetings angered some environmentally-minded Microsoft workers and caught the attention of outsiders.

"It is unconscionable that amid global climate protests, tech giants like Microsoft are announcing major partnerships with Big Oil," said Democratic presidential candidate and Vermont Sen. Bernie Sanders, in a tweet that coincided with the September 20 global climate strike . "We must hold them accountable, demand they break ties with the fossil fuel industry, and move rapidly to sustainable energy."

Echoing that message was a small group of Microsoft employees who carried cardboard signs to a lunchtime protest that day outside of Microsoft's headquarters in Redmond, Washington. "No Azure For Oil," said one of the signs.

After months of employee activism, Amazon CEO Jeff Bezos said he was pushing his company to the forefront on sustainability, committing it to have 100% of its energy use come from solar panels and other renewable energy by 2030. But he also defended Amazon's work with the oil and gas industry , arguing that "we need to help them instead of vilify them."

Some experts say AI and cloud services could actually play a role in curbing emissions.

Denying cloud computing services to the oil and gas industry would do little to address the bigger problem of the world's ongoing dependence on fossil fuels, said Aseem Prakash, director of the Center for Environmental Politics at the University of Washington.

"We would not want to collapse the fossil fuel industry," Prakash said. "We would want a soft landing."

If anything, he said, an oil company's shift to another company's cloud platform may have some environmental benefits because it is more efficient than running its digital operations on its own servers. Driving down costs could also help open the door to investments in other, less polluting methods for generating energy.

It's less clear whether AI is mitigating pollution or worsening it. In their pitches to work with oil and gas companies, cloud providers such as Amazon and Microsoft have boasted of advanced machine-learning tools that can sift through huge troves of geologic and seismic data to help make decisions about where to extract resources. IDC oil analyst Gaurav Verma said AI is a critical technology for oil and gas companies that want to learn from that data to study oil reservoirs or predict when maintenance is needed on a pipeline.

Earlier this year, ExxonMobil struck a deal to tap into Microsoft's technology to capitalize on the shale oil boom in Texas and New Mexico. Microsoft has said that real-time data collected from a region spanning hundreds of miles would enable ExxonMobil "to make faster and better decisions" on drilling and well completion and support production growth by as much as 50,000 oil-equivalent barrels per day by 2025.

An unsigned statement from Microsoft's protesting workers said they've been "made complicit" by the company's role in warming the planet.

But it's not clear if tech giants are actually helping that much — in part because they may be overstating their own role in transforming Big Oil with AI.

"The sundae they're selling is the cloud," said Chidambaram, the Accenture analyst. "The cherries they're putting on it is the analytics."

Chidambaram said that's because oil industries are still cagey about sharing what they know about underground reserves and don't want third parties analyzing that data.

Chidambaram said in the long run, however, AI could actually help meet climate goals. For example, machines that can capture better data and quickly analyze it could also help detect and reduce the leakage of methane from wells and pipelines, a significant contributor to greenhouse gas emissions. 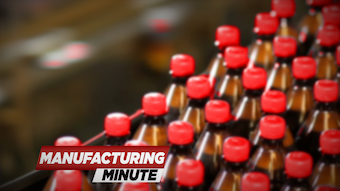 It comes eight years after a previous attempt to unionize the California factory failed.
Jul 30th, 2021 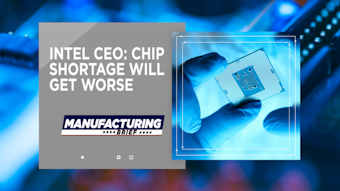 It could be up to two years before supplies return to normal.
Jul 30th, 2021

Stores face challenges in figuring how much they should order, given so much uncertainty regarding the virus.
Jul 29th, 2021
Follow Us
Most Recent