The $10B contract covers a computing project that will store and process classified data, and enable the military to speed up its use of AI.

Amazon and Microsoft are battling for a $10 billion opportunity to build the U.S. military its first "war cloud."  The Pentagon is preparing to award a contract for a computing project that will store and process vast amounts of classified data and enable the military to speed up its use of artificial intelligence.

Amazon was once considered a shoo-in for the deal, but conflict-of-interest allegations made by rival Oracle have threatened its bid. Oracle and IBM were eliminated at an earlier round of the contract competition, but Oracle's ongoing legal challenge alleges the process was rigged in Amazon's favor. A hearing on that case is set for Wednesday.

The Pentagon has defended its process and says it wants to award the contract soon to maintain U.S. technological advantage over adversaries.

World's Largest Cruise Ship to Be Sold for Scrap

The Great Pacific Garbage Patch's Days May Be Numbered

The potential solution includes drones, a pair of vessels and a net more than a mile long.
September 23, 2022

The site is a major source of the brewing industry’s carbon dioxide.
September 23, 2022

Automation, 3D printing and even a robot dog made the list.
September 22, 2022

For some employees, this will amount to hundreds of dollars.
September 21, 2022

The Industries That Still Use Floppy Disks

Foxconn Workers Put in 3 Months of Work Per Year

They are reprimanded for doing nothing when there is nothing to do.
September 20, 2022 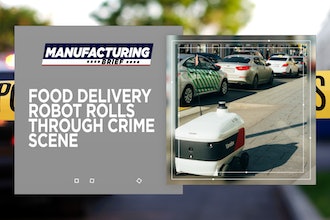 It seemed to confuse the officers on the scene.
September 19, 2022 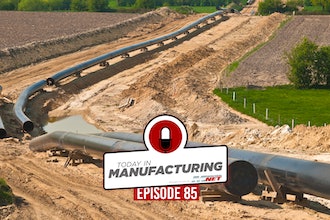 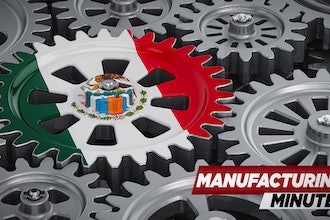 Investment by Chinese companies south of the border has more than tripled in recent years.
September 19, 2022