Right now, Huawei has a minimal share of the American smartphone market. 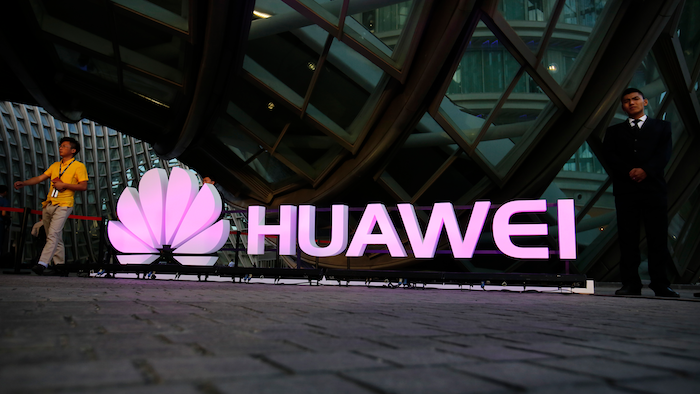 The president of Huawei Technologies Ltd.’s consumer business, Richard Yu, said Monday, Dec. 18, 2017, he would announce details at next month’s Consumer Electronics Show in Las Vegas. Huawei sells some models in U.S. electronics stores but has a minimal share of a market in which most sales are through carriers.
AP Photo/Mark Schiefelbein, File

The president of Huawei Technologies Ltd.'s consumer business, Richard Yu, said he would announce details at next month's Consumer Electronics Show in Las Vegas. He said sales would start with the flagship Mate 10 but declined to give a price or say through which carrier or carriers they would be sold.

Huawei sells some models in U.S. electronics stores and online but has a minimal share of an American market in which most sales are through carriers. Globally, the company trails Samsung and Apple by handset shipments but leads in China, the biggest market, and says it expects to ship a total of 150 million units this year.

"We will sell our flagship phone, our product, in the U.S. market through carriers next year," said Yu in an interview. "I think that we can bring value to the carriers and to consumers. Better product, better innovation, better user experience."

Yu expressed confidence the smartphone business wouldn't be affected by American government concerns Huawei might be a security threat, which derailed U.S. demand for its network gear.

Huawei, founded in 1987 by a former military engineer, is the first Chinese brand to break into the top ranks of global technology suppliers.

The company, headquartered in Shenzhen, near Hong Kong, is the world's biggest supplier of switching equipment used by telephone and internet companies. It has manufactured mobile phones since the 1990s and launched its own smartphone brand in 2010.

Huawei reported 2016 profit of 37 billion yuan ($5.4 billion) on revenue of 521.6 billion yuan ($75.6 billion). The company is owned by its employees, with no publicly traded shares, but reports financial results in an effort to allay security concerns in the United States and Europe.

Helped by a strong position in China, India and other developing markets, sales by its premium-priced Huawei and mid-market Honor smartphone brands have grown faster than those of Samsung or Apple. That prompted suggestions Huawei might pass its American rival.

In the latest quarter, Huawei's handset shipments rose 16.1 percent over a year earlier to 39.1 million, well ahead of Apple's 2.6 percent growth to sales of 46.7 million, according to IDC. Samsung sales expanded 9.5 percent to 83.3 million units.

"We are a Top 3 smartphone supplier but we are very close to the Top 2. So maybe quickly we can be Top 2," said Yu.

The Mate 10, unveiled in October, offers an extra-wide display, high-end cameras and other advanced features at prices 15 to 30 percent below those of Samsung and Apple.

Yu said the Mate 10 will be "competitively priced" in the United States but Huawei expects to compete on performance instead of cost.

"Our strength is in developed markets," where consumers will pay for performance, said Yu. "We are not a cheap, low-cost company."

Also next year, Huawei plans to start selling through carriers in Japan, where its phones already are sold in stores, Yu said.

"I think next year is a very important year for Huawei," he said.

Huawei's U.S. business suffered a setback when a congressional panel recommended in October 2013 that phone carriers avoid doing business with it or a smaller Chinese rival, ZTE Corp. Beijing rejected the report as false and an effort to block Chinese companies from the U.S. market.

Huawei denied being a security threat and rejected the U.S. complaints as politically motivated or possibly an attempt by competitors to keep it out of the market.

"They are lying," said Yu. "We are a company that really cares about cybersecurity and privacy protection. We do a lot better than the other vendors."

Trump Meets with Chipmakers on Huawei

Huawei: U.S. Will Hurt Itself by Cutting Ties