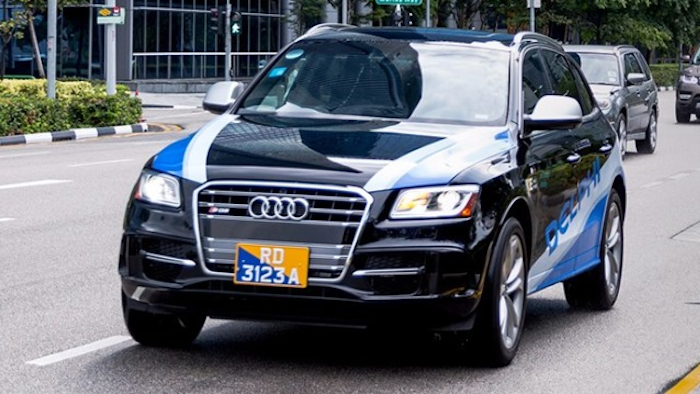 Delphi says Intel's added computing capacity will be needed as autonomous-car systems gather and store more and more information while expanding their ability to deal with situations on real roads.

In August, Delphi announced that it had joined with Israeli software maker Mobileye to develop the building blocks for a fully autonomous car in about two years.

Intel Corp. will supply Delphi with high-capacity computers needed to process input from radar, cameras and laser sensors as well as maps of roadside landmarks.

Glen De Vos, vice president of Delphi's business-services unit, says the Intel deal gives the company everything it needs to develop an autonomous-driving package to sell to automakers. Delphi makes its own radar and laser sensors and uses Mobileye's cameras and software. It also relies on Ottomatica, a spinoff from Carnegie Mellon University in Pittsburgh, to develop artificial intelligence for autonomous cars.

A fully autonomous car will need far more computing power than Delphi now has in a semi-autonomous driving system that's being rolled out by Audi soon, De Vos said.

Delphi also said it would unveil a system that uses landmark mapping and sensors to take an autonomous car through complex urban and freeway environments. The system was to be shown off in a short drive in Pittsburgh on Tuesday and with a longer drive at the CES gadget show in Las Vegas in January.

De Vos said the system will work without costly and data storage-intensive high-definition mapping that other companies are developing. It relies on the cars gathering measurements from landmarks to make sure the cars are within their driving lanes.

"The more efficient you can be about mapping the better overall from a performance and cost standpoint," De Vos said.

The Intel deal was worked out during the Thanksgiving weekend. Terms were not disclosed. De Vos said it will help Delphi and Mobileye get the autonomous system ready for use on real roads sometime in 2019.

The companies already are testing autonomous cars in a Singapore business district and plan to bring the technology to the U.S. and Europe for tests starting next year.