The company said Thursday its staff pledged to reduce hierarchical practices, unnecessary meetings and excessive working hours in a "Startup Samsung" ceremony held at its headquarters. 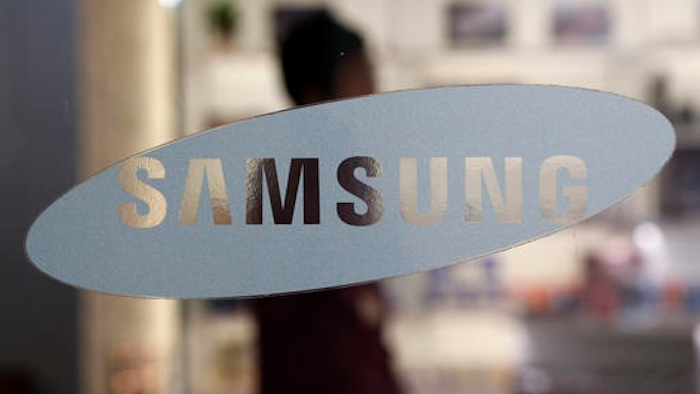 The company said Thursday its staff pledged to reduce hierarchical practices, unnecessary meetings and excessive working hours in a "Startup Samsung" ceremony held at its headquarters in Suwon, South Korea.

The first step in this new culture of flexibility? Requiring all its executives to sign a statement promising to scrap the company's traditional authoritarian ways.

Samsung is searching for new business strategies as a father-to-son leadership transition looms. Lee Jae-yong, 48, is expected to succeed his ailing father, Lee Kun-hee, at a time when Samsung's mainstay semiconductor and phone businesses face intensifying competition from Chinese rivals. Samsung has its eye on expanding into health care and pharmaceuticals, but has lagged Silicon Valley in embracing trends such as autonomous driving and artificial intelligence.

The company says it will announce in June exactly how it plans to reorganize its workers and eliminate red tape. It said new vacation systems would allow employees to spend more time with their families and take breaks for self-improvement.

"By starting to reform the corporate culture, it means we will execute quickly, seek open communication culture and continue to innovate as a startup company," Samsung said in a statement.

Samsung says it has been trying to reform its very Korean corporate culture to suit its identity as a global company and to encourage more creativity and grassroots input from workers. Like most Korean companies, its management style tends to mirror the authoritarian ways of South Korea's past, when a military dictator ruled the country.

But analysts said Samsung faces a huge challenge in leveling a seniority-based corporate hierarchy that is decades old. Some suggested the campaign also might be aimed at identifying underperforming workers and trimming the company's managerial ranks to cut costs.

"South Korea has a military and seniority-based culture. Will that be eliminated simply by removing Samsung's ranking system? It will never happen," said Kim Young-woo, an analyst at SK Securities.

Kim said the measures are a prelude to layoffs. Older workers at Samsung who were promoted based on their seniority would be forced to leave the company early as younger talent moves up the ladder based on merits. "It means that (Samsung) will have a slimmer labor force," Kim said.

Samsung's regimented, authoritarian ways may have helped it quickly catch up with Sony and other Japanese manufacturers, but they also have hindered recruitment of top talent. That has been a liability as the company competes with Silicon Valley firms that allow workers more independence and flexibility.

Last year, 26,000 Samsung employees participated in online debates, pitching in ideas on how to reform its personnel system. Some have been allowed to build products or launch services outside their original job descriptions at internal Samsung "startups." The company also introduced flexible working hours last year though current employees said work hours are still too long.

Samsung to Cut US Chip R&D