Toyota is taking the next step in its quest for carbon-free travel with the launch of the Mirai hydrogen-fueled sedan. 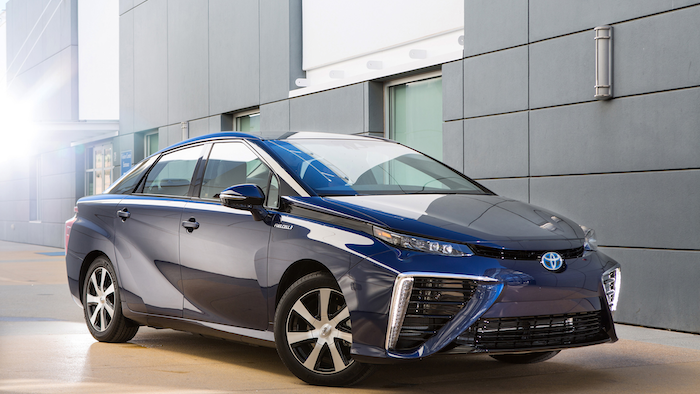 FRANKFURT, Germany (AP) — Toyota is taking the next step in its quest for carbon-free travel with the launch of the Mirai hydrogen-fueled sedan.

The region's new CEO, Johan van Zyl, told reporters on the sidelines of the Frankfurt auto show on Monday that "It's not a question of if, it's a question of when," hydrogen technology will go mainstream.

Toyota Europe expects sales of between 50 and 100 Mirai's this year and next, with 47 ordered to date. It is being sold only in Britain, Germany, Denmark and Belgium, where Toyota is working on getting in hydrogen pumping stations with local partners.

Toyota Europe sales chief Karl Schlicht said that current customers include governments and companies looking to reduce their carbon emissions. He expects the technology to be affordable for average consumers by 2025.

Toyota Europe last year sold 880,000 cars, up 3 percent from a year earlier. Twenty percent of those were hybrids. Schlicht forecasts sales will be down 1-2 percent this year due to the economic slowdown in Russia.

Van Zyl expects hybrid sales to grow with the launch at Frankfurt show of the new RAV4 small SUV, which for the first time will be offered also with a hybrid powertrain, joining the Yaris, Auris and restyled Prius.