Republican Gov. Bill Haslam, a longtime critic of the United Auto Workers' efforts to organize foreign automakers in the South, on Tuesday questioned the process by which the union qualified under a new labor policy at the Volkswagen plant in Tennessee. 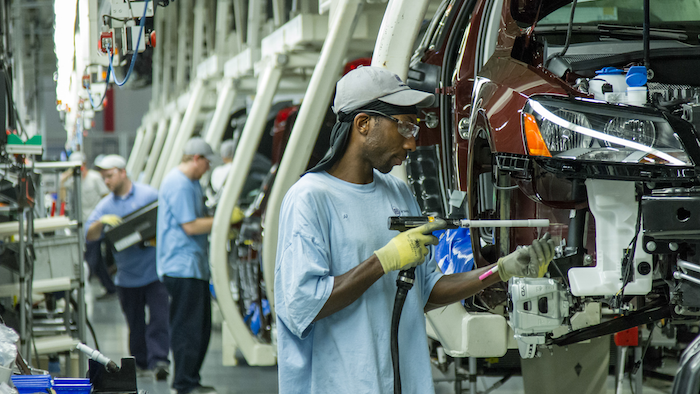 Republican Gov. Bill Haslam, a longtime critic of the United Auto Workers' efforts to organize foreign automakers in the South, on Tuesday questioned the process by which the union qualified under a new labor policy at the Volkswagen plant in Tennessee.

Volkswagen announced on Monday that an independent auditor had verified that the UAW had signed up at least 45 percent of workers at the plant, qualifying the union for the top tier of the labor policy guaranteeing access to plant facilities and to regular meetings with management.

Haslam told The Associated Press after a Farm Bureau speech that he wants all major labor decisions at the Volkswagen plant in Chattanooga made through secret ballots and not by counting union membership cards.

"We want the company to be consistent in what they've told us they are going to do," Haslam said. "They've always said that if they have a vote that has ramifications for the company it would be the way we do votes in America, which is secret ballots."

The policy does not grant the UAW exclusive representation of workers or address questions of collective bargaining, though the union plans to press for those in the future.

"But one thing's for certain, we're now discussing that with the company and not outside looking in," he said.

Casteel said the union has signed up well over half of the blue-collar workers at the plant, but declined to give a specific percentage.

The UAW lost a contentious union election at the plant in February by a 712-626 vote after warnings from Republican lawmakers that state incentives needed to expand the plant could be threatened if the union won.

It was later revealed that the state's $300 million incentive package offered to Volkswagen had contained the caveat that the money was subject to labor talks "being concluded to the satisfaction" of the state. Haslam at the time declined to specify which scenarios would have satisfied the state.

The UAW initially filed a challenge of the election outcome with the National Labor Relations Board on the basis of outside interference. But the union ultimately dropped its case after it said it had come to an agreement with Volkswagen to attain recognition without another vote.

"We're not in any way, shape or fashion looking for another election," Casteel said Tuesday, arguing that federal labor law would allow the company to voluntarily recognize the UAW as its exclusive bargaining partner at the plant.

Casteel praised Volkswagen for the labor policy that has for the first time given the UAW a formal role within a foreign automaker in the South. The union's efforts at the Mercedes plant in Alabama and Nissan plants in Tennessee and Mississippi have so far failed to make similar inroads.

"To have a company step forward with a policy this fair and open, and invite engagement, is unprecedented," Casteel said. "It's absolutely a one-of-a-kind situation."

Apple Trial Continues, Without A Plaintiff For Now

Stryker Will Pay To End Investigation