Three executives in Japan's automotive parts industry have agreed to plead guilty to a price-fixing conspiracy and two more have been indicted in the U.S. investigation, the government said Thursday. 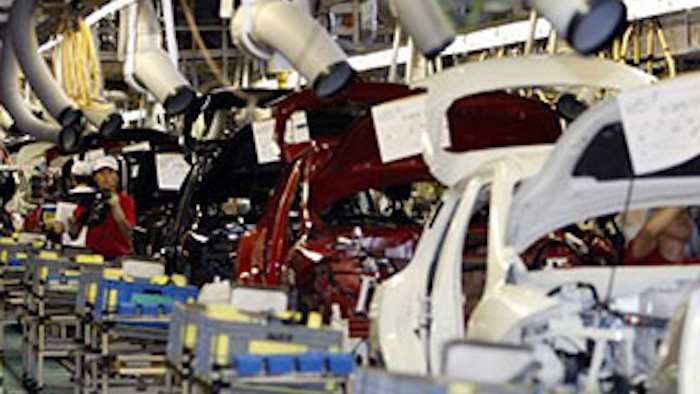 CLEVELAND (AP) -- Three executives in Japan's automotive parts industry have agreed to plead guilty to a price-fixing conspiracy and two more have been indicted in the U.S. investigation, the government said Thursday.

The plea agreements filed in Detroit and the indictment filed in Toledo were announced Thursday by the U.S. Department of Justice.

The three have agreed to serve prison sentences ranging from 14 to 19 months, the government said.

The indictment filed in Toledo charged Masao Hayashi and Kenya Nonoyama, both Japanese nationals, with participating in a conspiracy to fix prices of anti-vibration rubber parts sold to Toyota for installation in automobiles manufactured and sold in the U.S.

Their company was identified in the indictment only as Company A, based in Osaka, Japan.

Takata said it has cooperated in the investigation.

"We are committed to strengthening our reputation as a trusted supplier of automotive parts while also focusing on additional training internally," communications vice president Alby Berman said in an email.

No attorneys are listed in court records for the defendants.

Hydrogen Cars Could Be Headed To Showroom Near You