Nokia is expanding its lineup of Windows phones and introducing its first tablet computer, all sporting the powerful camera technology found in its flagship Lumia 1020 smartphone. 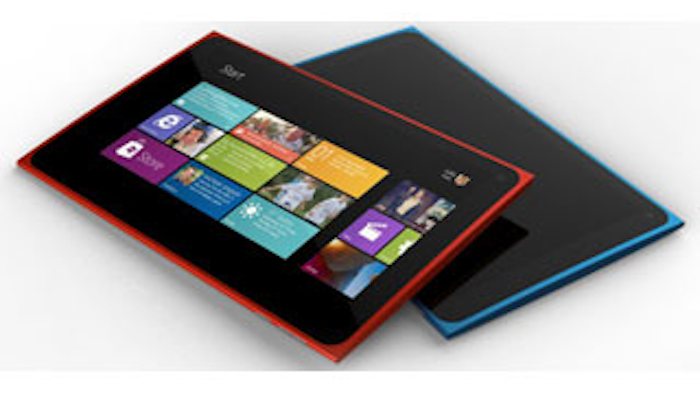 NEW YORK (AP) -- Nokia is expanding its lineup of Windows phones and introducing its first tablet computer, all sporting the powerful camera technology found in its flagship Lumia 1020 smartphone.

The struggling cellphone maker is turning to the camera to differentiate its phones from rivals. The Lumia 1020 has a 41-megapixel camera with technology designed to produce better low-light shots and offer greater manual controls than most smartphones.

The new devices will use Microsoft's Windows system and come as Microsoft aims to complete its 5.44 billion euros ($7.4 billion) deal to buy Nokia's phone business and patent rights. The deal is expected to close early next year.

Nokia, a Finnish company, has seen its cellphone business unravel since Apple revolutionized the way people use handsets with the 2007 introduction of the iPhone. Microsoft, meanwhile, is struggling amid declines in sales of traditional personal computers in favor of smartphones and tablets.

Nokia's new Lumia 1520 will have a larger screen, measuring 6 inches diagonally, compared with 4.5 inches on the 1020. Nokia said the new phone's camera will have only 20 megapixels in order to keep the camera sensor smaller and the phone thinner. But that's still more resolution than most other phones.

The 1520 will also come with new apps designed to organize photos based on where you take the shots and to give you more flexibility in determining —after the fact— where the image should be focused. The phone will cost $740, though wireless carriers are expected to offer it cheaper with two-year service contracts.

Nokia will also make a cheaper version, the Lumia 1320, for a contract-free price of $339. It will have a 5-megapixel camera and a slower processor than the 1520. Both run the latest version of Windows Phone 8, which has new features to accommodate larger screen sizes.

All versions of the 2520 will come with built-in 4G LTE cellular access. By contrast, iPads and most other tablets make cellular access optional, with their cheapest models capable of using Wi-Fi only for Internet access.

The 10.1-inch tablet will cost $499. An optional cover with a physical keyboard and extended battery life is $149 extra. The camera is 6.7 megapixels, but shares the low-light technology and manual controls found in the Lumia 1020.

All three devices are expected to go on sale by the end of the year. They will come in multiple colors with a hard, plastic back molded onto the device.