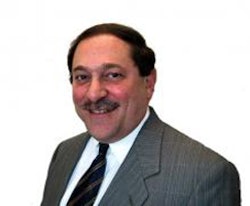 As Executive Editor for Advantage Business Media's manufacturing group, Mike Botta works across all of the manufacturing brands, creating content and spearheading a variety of projects. Mike has held senior publishing positions at the Fairchild Publications and Chilton Publishing units of Capital Cities/ABC, Reed Business Information, Advantage Business Media (2006-2007), and Thomas Publishing. He served as Editor-in-Chief of the American Metal Market daily business newspaper for several years, eventually moving up to the position of Publisher. He joined Reed in Rockaway, NJ in 2003 as Editorial Director of the manufacturing publications and was later named Publishing Director of the manufacturing group. When Advantage acquired the Rockaway properties in 2006, Mike was named Director of Content. Most recently he served as Editorial Director of TCC Media’s Industrial Equipment News and handled a variety of special projects for other publications, including production of Show Dailies and in-depth interviews with business leaders. Mike and his family relocated from Northern New Jersey to the suburbs of Phoenix, AZ in 2009.

Today in Manufacturing has a new podcast brought to you by the editors of Industrial Media. In each episode, we discuss the five biggest stories in manufacturing, and the implications they have on the industry moving forward.
Jun 13th, 2022
Follow Us
Most Recent