How 3D Printing Is Driving The Growth Of Small Businesses 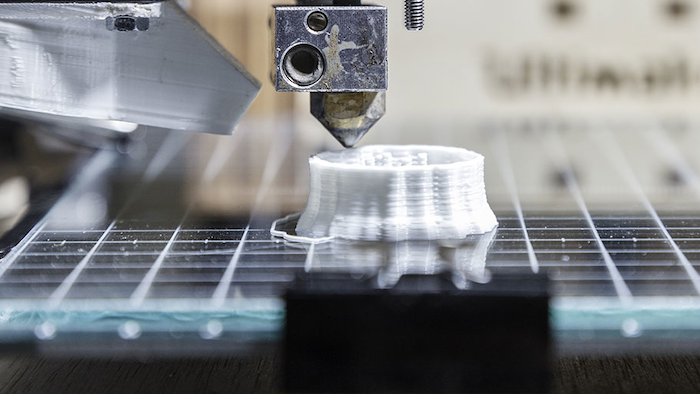 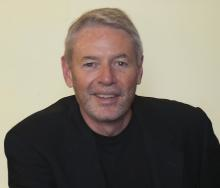 Over the past two decades, 3D printers have revolutionized the world of prototyping and small scale manufacturing. In an interview with John Hornick, author of 3D Printing Will Rock the World, PD&D explores how 3D printers can empower small businesses to make big things and re-democratize manufacturing. Hornick has been a counselor and litigator in the Washington, D.C. office of the Finnegan IP law firm for over 30 years, advising clients about how 3D printing may affect their businesses. Hornick also frequently writes about 3D printing, and has lectured about 3D printing all over the world.

Hornick: 3D printing democratizes manufacturing. Some of those manufacturers are service bureaus. I call them independent fabricators. They are usually small businesses 3D printing parts for customers as a service. Because 3D printing substantially reduces the labor costs of manufacturing, these fabricators can offer manufacturing services close to the point of need. All of the services in the supply and distribution chain follow these regional fabricators.

PD&D: How will 3D printing influence the growth of small businesses in America?

Hornick: Before 3D printing, products were designed so that they could be made with traditional manufacturing methods, which is called “design for manufacturing.” 3D printing eliminates such limitations and enables manufacturing for design. This allows designers to create products that never existed before, and to give existing products a radically different look and feel. 3D printed designs can be complex, customized, and one-of-a-kind. Designers who take full advantage of 3D printing will design parts and products that look radically different from their traditionally made counterparts, and designs that could not be made before. The designs will become progressively more organic and will look like they were designed by Mother Nature rather than humans. Eventually, 3D printing will merge with bioprinting, resulting in products both within and outside the healthcare field that combine organic, biological structures with mechanical structures.

PD&D: What kind of products is 3D printing being used to prototype or manufacture?

Hornick: In aerospace, Boeing is a big user of 3D printing. It has been 3D printing for many years and flies tens of thousands of 3D printed parts. Boeing calls 3D printing “the ultimate manufacturing method for us.”

NASA 3D printed a rocket injector that not only reduced 160 parts to two, but can withstand temperatures in excess of 6,000 degrees Fahrenheit and more than twenty thousand pounds of thrust.

Airbus expects to be 3D printing thirty tons of metal airplane parts by 2018. One of its first 3D printed achievements was a wing bracket, traditionally manufactured with many steps. With 3D printing, it was made in one step. Airbus’s A350 XWB aircraft contains over a thousand 3D printed parts.

GE believes that 3D printing “is the future of manufacturing” and that by 2020 well over 100,000 end-use parts in GE engines will be produced with 3D printing. The first part will be a fuel nozzle. By 3D printing this nozzle, twenty parts are reduced to one, which weighs 25 percent less than the traditionally manufactured nozzle but is much more durable.

In healthcare, Walter Reed Army Medical Center has 3D printed titanium cranial implants and replaced a woman’s jaw with a 3D printed prosthetic. In 2013 doctors replaced 75 percent of a man’s skull. In the United Kingdom, doctors replaced half of the pelvis in a man with a rare type of cancer. Tens of thousands of replacement hip cups have been printed and implanted into patients.

Other 3D printing developments in health care include customized coverings for artificial limbs and cosmetic ears. About 95 percent of all hearing aid shells are 3D printed. The molds for about seventeen million teeth aligners are 3D printed every year. 3D printed tracheas and tracheal splints are almost routinely saving newborns with serious breathing problems.

The human heart is the subject of considerable 3D printing efforts. Aorta cells have been 3D printed at Sabanci University in Turkey. The University of Louisville expects to 3D print a human heart by 2023. To save existing hearts, Washington University in St. Louis is developing an elastic, 3D printed membrane that wraps around the heart like a glove. Its embedded sensors detect impending problems, and embedded electrodes deliver a life-saving shock when serious arrhythmias are detected.

PD&D: How will 3D printing technologies improve over the next five years? How will this affect small businesses?

Hornick: There are two sides to the 3D printing industry: industrial and consumer. The consumer side is almost entirely small businesses. The problem is that there are far too many of them. Some of them will not survive, but some of the ones that do will drive the improvement of consumer-grade machines. The technology and capabilities of consumer machines and industrial machines will start to merge over time, which will present opportunities for the small businesses on the consumer side. On the industrial side, many of the companies are small to medium size. There is likely to be business consolidation on the industrial side, and maybe some failures. Also, improvements in 3D printing technology will drive the creation of many new kinds of businesses, like the examples I mentioned above, but also others that are inconceivable today. In my book, I use the example of the horse. When the horse was the main form of transportation, there were many horse-related jobs. When the automobile came along, all of those jobs were lost. But many new types of jobs were created by the automobile that could not have been conceived of when everyone was riding horses. 3D printing will cause that type of job creation (and already is), and many of those jobs will be with small businesses.

Small Business Owners Still Have Time to Save on 2019 Taxes