It is reportedly the largest settlement related to wage theft at a garment factory. 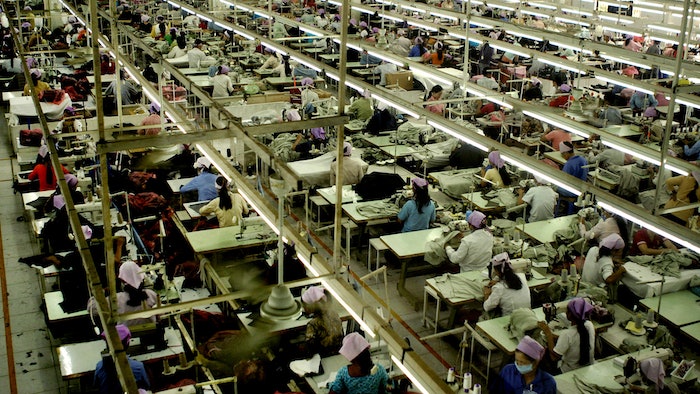 NEW YORK (AP) — More than 1,250 Thai workers who sewed bras for brands Victoria’s Secret, Lane Bryant and Torrid — and who were laid off last year without their legally required severance — have received 281 million baht ($8.3 million) in compensation, according to worker rights groups Solidarity Center and the Worker Rights Consortium.

The compensation will be financed by Victoria's Secret via a loan arrangement with the workers’ former employer, and comes after a 13-month effort. The workers are represented by the Triumph International Union, which is affiliated with the Confederation of Industrial Labour of Thailand.

Private equity firm Sycamore Partners, which owns the Lane Bryant and Torrid brands, did not contribute, according to the groups. Sycamore couldn't immediately be reached for comment.

The Solidarity Center said it was the largest settlement related to wage theft at a garment factory.

After the Brilliant Alliance factory shuttered in March 2021, the Thai government ordered its owner, Hong Kong-based Clover Group, to pay severance within 30 days, according to the worker rights groups. Clover refused, telling the factory’s workers it had no money, and they should agree to wait 10 years to be paid in full.

The union then launched a campaign demanding their severance pay. The Worker Rights Consortium and the Solidarity Center worked with Victoria’s Secret and Sycamore, pressing that the workers should be paid. After months of efforts, including campaigning by Clean Clothes Campaign, and other nonprofit worker advocacy organizations, Clover agreed to pay the workers and Victoria’s Secret committed to finance the payments, via a loan to Clover.

Last week, all workers received their severance, in addition to more than $1 million in interest, per Thai law.

Victoria’s Secret said in a statement Thursday that it is “unwavering in its commitment to doing the right thing" for the workers whose livelihoods were impacted by the closure of the Brilliant Alliance Thailand factory.

“While the workers impacted by the closure were not our employees and our merchandise was not produced in the factory at the time of the closure, we were committed to ensuring the factory owners satisfied their obligation to their workers," Victoria's Secret said.

David Welsh, Thailand country director of the Solidarity Center, called the settlement a “huge victory" for the garment workers.

“Low-wage garment workers left destitute by injustice meted out by global supply chains is nothing new," he said. ”What’s new is they did not accept their fate — and won."

Welsh said he hopes the settlement will become a model for the type of domestic, governmental, international and brand involvement to resolve future cases where garment workers are left in similarly desperate straits.