The company has been struggling for more than ten years. 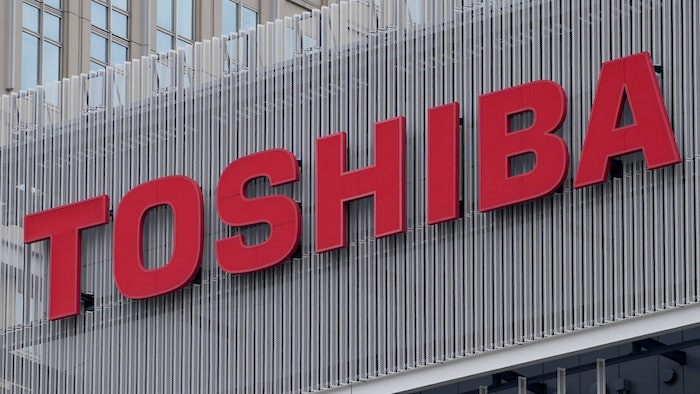 The logo of Toshiba Corp. is seen at a company's building in Kawasaki near Tokyo, on Feb. 19, 2022. Troubled Japanese technology giant Toshiba announced some additions to its proposed leadership Thursday, May 26, 2022, ahead of a shareholders’ meeting next month.
AP Photo/Shuji Kajiyama, File

TOKYO (AP) — Troubled Japanese technology giant Toshiba announced some additions to its proposed leadership Thursday, ahead of a shareholders’ meeting next month.

Toshiba Corp. said it seeks to add on the board outside directors, such as Nabeel Bhanji, an executive at Elliott Opportunity II Corp., which handles acquisitions and investments, and Eijiro Imai, a former managing director at Farallon Capital Management, a U.S. investment firm.

Also proposed for the board is Akihiro Watanabe, an executive at Houlihan Lockey, a U.S. investment bank.

Tokyo-based Toshiba has been trying to win over shareholders to a restructuring plan.

Shimada was an executive at Siemens, both in Japan and the U.S., before joining Toshiba in 2018, working in its digital operations.

In February, Toshiba proposed splitting into two companies, one focused on infrastructure and the other on devices. That was voted down in March.

The latest proposal for an overhauled leadership, including the appointment of Shimada as chief executive, still needs shareholders’ approval.

Toshiba has been struggling since the Fukushima nuclear disaster in March 2011. A tsunami sent three reactors into meltdowns, spewing radiation over an area that’s still partly a no-go zone. Toshiba is involved in the decommissioning effort, which will take decades.

The company’s reputation was also tarnished by an accounting scandal, which involved books being doctored for years.

Kurumatani was replaced by Tsunakawa, a veteran at Toshiba, who had served as chief executive from 2016.

Founded in 1875, Toshiba was a respected brand with Japanese consumers for products like electric rice cookers and laptop computers. It sold off its prized flash memory business as its fortunes tumbled.