Stellantis' Chinese partner said that it had not been informed of the deal the automaker announced yesterday. 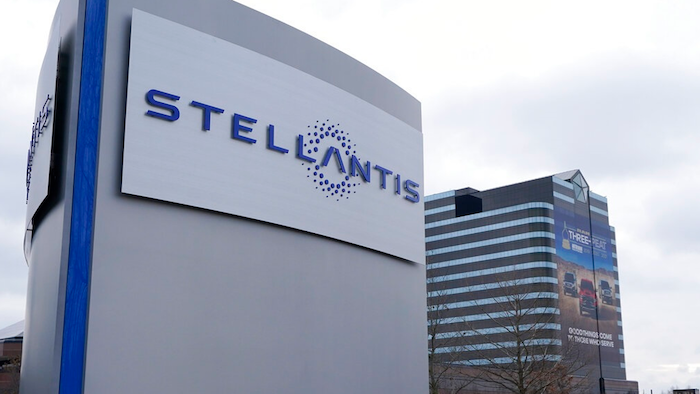 MILAN (AP) — Moves by carmaker Stellantis to consolidate its position in fast-growing China seemed to be off to a rocky start after one of its joint venture partners said it hadn’t been consulted before an announcement of plans to take a controlling stake.

Stellantis, formed a year ago from the merger of PSA Peugeot with Fiat Chrysler, has less than a 1% share in the 21-million vehicle Chinese market where it inherited two joint ventures. It plans to lay out its strategy March 1, but has offered some hints in announcements this week.

They include plans to increase the stake in Chinese partner GAC Stellantis from 50% to 75% under new rules allowing more foreign investment. On top of that, it announced Friday that the other joint venture partnership with Dongfeng had doubled sales last year.

The company said on Thursday the deal to expand its GAC Stellantis stake had been agreed with the GAC group, but the Chinese partner replied that it had not been informed and that the release had not been agreed. The deal is subject to approval by the Chinese government.

“This is not a good sign,’’ said Ferdinand Dudenhoeffer, of the Center for Automotive Research (CAR) in Germany. “It could mean the deal will not go through, or that the Chinese want to have more money.”

China has gradually been lifting its requirement for foreign automakers to work through joint ventures with state-owned partners to produce cars in China. Foreigners were allowed 100% ownership of electric vehicle manufacturers in 2018. That expanded to commercial vehicles in 2020 and passenger vehicles this month.

Stellantis’ move to gain greater control of its joint ventures is especially important given that that GAC runs other JVs, Dudenhoeffer said. GAC partnerships with Honda, Toyota and Mitsubishi have registered significantly higher sales volumes.

Despite doubling its sales through the Dongfeng Peugeot Citroen Automobile JV to more than 100,000 vehicles last year, Stellantis - the fourth-largest carmaker globally - remains well-behind other foreign carmakers. VW and GM each sold some 3.3 million cars in China last year while smaller Tesla sales spiked to some 319,000, according to CAR figures.

Stellantis is counting on its popular Jeep SUVs, made under the GAC joint venture inherited from Fiat Chrysler, to gain traction in China. Stellantis plans a so-called “One Jeep” strategy in China, which is focused on the Changsha plant where it is preparing to launch the Compass model.

Globally, China is the market to bet on, with CAR projecting sales reaching 26.7 million by 2025 and 50 million in the coming decades. Dudenhoeffer said Stellantis’ strategy remains a long-shot, because of its trailing position and also because its brands, including Jeep, are little known in China compared with Volkswagen and GM.

“It is important to make a big investment in China, but they have a lot of competition over there. It is not impossible, but the chance to make Stellantis a big player in China is very small in my opinion,’’ he said.

Previously, foreign brands were limited to 50% of a joint venture, a contract arrangement under which the two sides shared technology, manufacturing expenses and profits.

BMW AG in 2018 became the first foreign automaker to own a majority of a joint venture, expanding its stake in a partnership with Brilliance Automotive Group to 75% from 50%.

Local residents said the explosion shook the entire area.
May 12th, 2022
Follow Us
Most Recent