A report by Emirates NBD, which is majority owned by Dubai's government, said it relied on data from some 400 private sector companies outside of the UAE's oil economy, including the nation's manufacturing, services, construction and retail sectors. 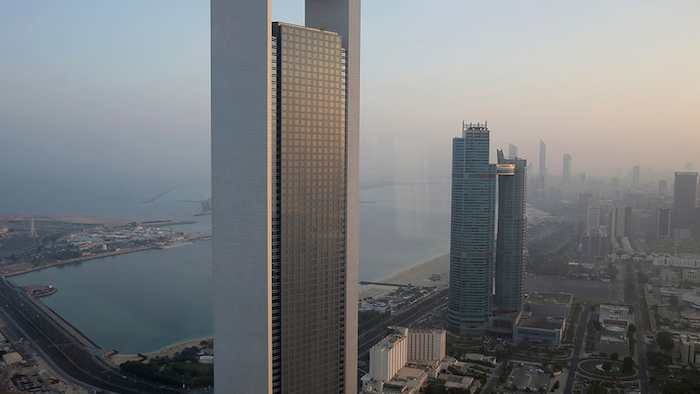 A report by Emirates NBD, which is majority owned by Dubai's government, said it relied on data from some 400 private sector companies outside of the UAE's oil economy, including the nation's manufacturing, services, construction and retail sectors.

The report's findings point to an economic slowdown that many UAE residents have already felt, with the rising cost of living outpacing salary increases and foreign workers quietly complaining about salaries that are weeks and sometimes even months late.

The UAE, which is home to the oil-rich emirate of Abu Dhabi and the financial hub of Dubai, has weathered the shocks of a steep drop in oil prices that hit oil exporting countries in mid-2014. In response, the UAE rolled out a number of austerity measures, including lifting some subsidies on energy and implementing a 5 percent tax on most goods and services.

The International Monetary Fund expects increased investment over the next five years and a boost in tourism from Dubai's hosting of the World Expo in 2020. Non-oil growth is projected to rise to 3.9 percent this year and 4.2 percent next year.

Still, the UAE faces risks driven by external factors like tightening global financial conditions, geopolitical tensions, and rising protectionism. The country, steered by policies formed in Abu Dhabi, is also engaged in a Saudi-led war in Yemen and a boycott of Qatar.

The report did not elaborate on how companies had lowered their staffing levels— either through attrition or a freeze on hiring, or both.

The report indicates that since 2009, the sharpest increase in employment growth rates was in 2015 and the sharpest contraction was seen this year.

It said the companies wanted to operate with "minimum requirements in terms of staff, partly to help manage costs."

Some firms reported difficulties in obtaining payments from customers, which led to delays in the completion of projects and sharp rise in backlogs of work. There were also signs of issues in supply chains and delivery by vendors.

Concerns about the challenging market environment were also reflected in a sharp drop in business confidence, with firms predicting activity to fall or remain unchanged over the coming year.

In an effort to make the UAE more attractive to investors and retain talent, the government will issue longer, 10-year visas for certain highly-skilled medical and science professionals, as well as entrepreneurs. It has also approved a measure that will allow 100 percent ownership of a UAE-based business by foreign investors operating outside of free zones.

There are concerns, however, of an oversupply as developers continue to build new towers, shopping centers and sprawling neighborhoods across Dubai in the lead-up to the 2020 Expo.