Brexit Could Spell Economic Peril for Parts of the EU

For the more than 120 workers at the Pedrosa & Rodrigues garment factory in northwestern Portugal, events in another country 2,000 kilometers (1,200 miles) to the north could jeopardize their livelihood. 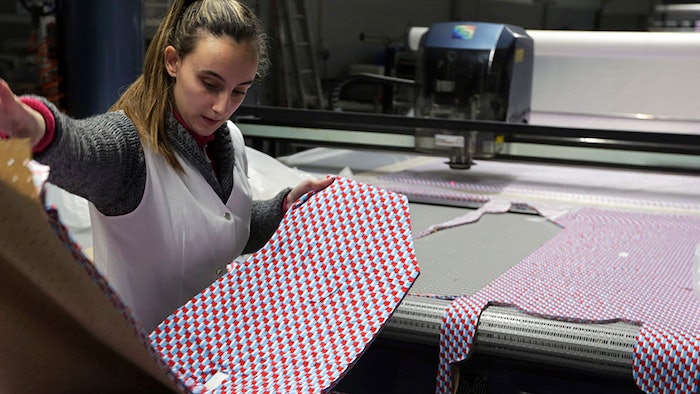 BARCELOS, Portugal (AP) — For the more than 120 workers at the Pedrosa & Rodrigues garment factory in northwestern Portugal, events in another country 2,000 kilometers (1,200 miles) to the north could jeopardize their livelihood.

Sales to Britain make up about half of this family business's annual revenue of about 14 million euros ($16 million). But the U.K.'s impending departure from the European Union could make "Made in Portugal" labels less attractive once borders go back up between Britain and the 27 other countries in the bloc.

"The worst-case scenario is losing 7 million euros" a year, says Ana Pedrosa Rodrigues, the company's client relations manager. "It would be extremely worrying."

Companies like Pedrosa & Rodrigues fear they could be part of the collateral damage from Britain's withdrawal from the EU's single market, which guarantees no tariffs on trade and free movement for goods, workers and money. As Brexit-inspired economic adjustments ripple across the bloc, small countries like Portugal could feel a lot of economic pain, although the extent of the disruption remains unclear because the terms of Britain's divorce deal with the EU remain unresolved.

Some economic forecasts have produced scary numbers. The Portuguese government says Brexit could wipe out up to 26 percent of Portuguese exports of goods and services and shave 1 percentage point off the country's GDP.

The Organization for Economic Co-operation and Development, a policy adviser to developed economies, estimates that if Britain leaves without an agreement on new trade terms with the EU, it could reduce the EU's GDP by around 1 percentage point by 2020. That's more than half a year's economic growth at current rates. It could be three times worse for Britain, the OECD says.

The OECD notes that some countries, sectors and businesses across the EU will feel more pain than others.

A report last year by the European Committee of the Regions, an EU advisory body, identified Ireland as the likely major casualty of Brexit due to its geographic proximity to Britain, which historically has tied them together commercially.

Some German regions, such as Stuttgart, that rely on auto industry exports to Britain could also feel the economic shockwaves, it said. Chemical and plastics companies in Belgium and the Netherlands are at risk, too.

In Portugal, which has had close ties with Britain since the Treaty of Windsor in 1386, the textiles sector based in the northwest is one of the country's most exposed industries. It is largely located in what is one of the poorest regions of Portugal and western Europe.

The textile companies already have felt a chill, with sales to Britain dropping by more than 3 percent since the 2016 Brexit referendum, according to Paulo Vaz, director-general of the Portuguese Textile and Clothing Association, which represents about 500 companies in the sector.

He puts that down to the weak pound, which makes purchases from countries like Portugal that use the euro more expensive, and cautious spending by British consumers at a time when their financial future is uncertain.

He says these are tense times for Portuguese companies, especially with the U.K. playing such a central role in the local textile industry.

"We're talking about a market that is our fourth-largest, that's worth around 450 million euros ($516 million) a year to us and that was growing, and that now can be severely harmed by all this," Vaz said, referring to Brexit.

For some businesses, the British market is their lifeblood.

The two-story Pedrosa & Rodrigues factory sits amid green fields on the fringes of a small town in Portugal's industrial heartland, where textile companies are an economic mainstay and provide about 130,000 jobs.

Inside, there is a hum of sewing machines, a hissing of irons and a rumble of high-tech cloth-cutting machines. Ana Pedrosa Rodrigues remembers sitting as a child on the running boards of these machines after her parents started the company with five employees in a garage in 1982.

Ana and her two older brothers recently joined their parents at the company. The other employees include husbands and wives, fathers and sons, brothers and sisters. Generations of workers are common in the industry. Almost all of the workers live in town, many of them within walking distance, and have served on average of 19 years.

Pedrosa & Rodrigues has prospered in part by selling "affordable luxury" brands to some of Britain's well-known fashion labels. The company makes ME+EM T-shirts that can be found at Selfridge's in London and produces some of the All England Club's range of Wimbledon tennis wear. In an ironic twist, it also delivers to British brand L.K. Bennett — a label occasionally worn by British Prime Minister Theresa May.

Every Friday, workers stack dozens of brown cardboard boxes at the factory's loading bay and place them on trucks for the 2-3 day trip to warehouses in central Britain.

At the moment, the trucks drive straight across the EU's open borders. If they are shut, the paperwork, delays and tariffs could add 12 percent to the cost price.

A loss of British business would translate, inevitably, into job losses— and not just at this company, Ana Pedrosa Rodrigues says.

"We are at the front end of a supply chain, and the losses would have a knock-on effect for our suppliers," she said. That includes the fabric producers, dying companies, printers and embroiderers. Most of them are their neighbors. "Nobody would escape the impact."

Sofia Cardoso, a 43-year-old employee of Pedrosa & Rodrigues whose husband also works for a textile company, refuses to be gloomy, saying the sector has built up a lot of resilience over its long history.

"We've been through crises before and we've survived," she said. "I think we'll get through this one too."