How NAFTA 2.0 Will Shake up Business as Usual

American dairy farmers get more access to the Canadian market. U.S. drug companies can fend off generic competition for a few more years. Automakers are under pressure to build more cars where workers earn decent wages. 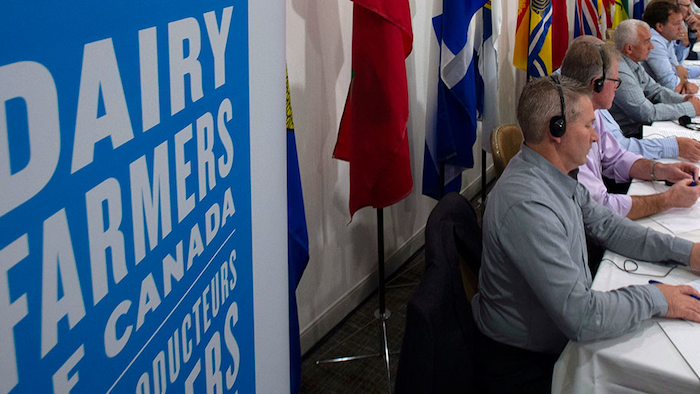 The North American trade agreement hammered out late Sunday between the United States and Canada, following an earlier U.S.-Mexico deal, shakes up — but likely won't revolutionize — the way businesses operate within the three-country trade bloc.

The new United States-Mexico-Canada Agreement replaces the 24-year-old North American Free Trade Agreement, which tore down trade barriers between the three countries. But NAFTA encouraged factories to move to Mexico to take advantage of low-wage labor in what President Donald Trump called a job-killing "disaster" for the United States.

Sunday's agreement is meant to bring manufacturing back to the United States. The president, never known for understatement, said the new deal would "transform North America back into a manufacturing powerhouse."

But America had to make some concessions, too. For example, it agreed to retain a NAFTA dispute-resolution process that it wanted to jettison but Canada insisted on keeping.

Overall, financial markets were relieved the countries reached a deal. For a time, it had looked like Trump might pull out of a regional free trade pact altogether — or strike one without Canada, America's No. 2 trading partner. At noon Monday, the Dow Jones industrial average was up more than 240 points.

Economists, trade attorneys and businesses are still parsing the agreement. But here's an early look at what it means for different players.

HOW DAIRY FARMERS ARE AFFECTED

Trump has raged about Canada's tariffs on dairy imports, which can approach 300 percent. American dairy farmers have also complained about Canadian policies that priced the U.S. out of the market for some dairy powders and allowed Canada to flood world markets with its own versions.

The new agreement ends the discriminatory pricing and restricts Canadian exports of dairy powders. It also expands U.S. access to up to 3.75 percent of the Canadian dairy market (versus 3.25 percent in the Trans-Pacific Partnership agreement the Obama administration negotiated but Trump nixed his first week in office). Above that level, U.S. dairy farmers will still face Canada's punishing tariffs. And the "supply management" system Canada uses to protect its farmers is still largely in place.

SHAKING THINGS UP FOR AUTOMAKERS

NAFTA remade the North American auto market. Automakers built complicated supply chains that straddled NAFTA borders. In doing so, they took advantage of each country's strengths — cheap labor in Mexico, and skilled workers and proximity to customers in the United States and Canada. The new agreement changes things up. For one thing, the percentage of a car's content that must be built within the trade bloc to qualify for duty-free status rises to 75 percent from 62.5 percent. A bolder provision requires that 40 percent to 45 percent of a car's content be built where workers earn $16 an hour. That is meant to bring production back to the United States or Canada and away from Mexico (and perhaps to put some upward pressure on Mexican wages).

The provisions could drive up car prices for consumers. The new deal also provides some protection to Canada and Mexico if Trump goes ahead with his threat to slap 20 percent to 25 percent taxes on imported cars, trucks and auto parts. It would exclude from the proposed tariffs 2.6 million passenger vehicles from both Canada and Mexico.

THE IMPACT ON MULTINATIONAL COMPANIES

Like other U.S. trade agreements, NAFTA allowed multinational companies to go to private tribunals to challenge national laws they said discriminated against them and violated the terms of the trade agreement. Critics charged the process gave companies a way to get around environmental and labor laws and regulations they didn't like, overruling democratically elected governments in the process.

U.S. Trade Rep. Robert Lighthizer, who negotiated the new deal, had another complaint: The tribunals took some of the risk out of investing in unstable or corrupt countries such as Mexico. Why, Lighthizer argued, should the United States negotiate deals that encourage investment in other countries? The new pact scales back provisions protecting foreign investment. Lori Wallach, director of Public Citizen's Global Trade Watch and a sharp critic of NAFTA, praised the new agreement for reining in what she called NAFTA's "outrageous" tribunal system that had allowed big companies to launch "attacks on environmental and health policies."

A WINDFALL FOR DRUG COMPANIES

The new trade pact delivers a windfall to pharmaceutical companies that make biologics —ultra-expensive drugs produced in living cells. It gives them 10 years of protection from generic competition, up from eight the Obama administration had negotiated in the TPP. But good news for the pharmaceutical industry could be bad news for users of the drugs and for government policymakers trying to hold down health-care costs.

SOME RETAILERS BENEFIT, OTHERS DO NOT

The United States pressured Canada and Mexico to raise the dollar amount that shipments must reach before they become subject to import duties. Canada, for instance, will allow tax- and duty-free shipments worth up to 40 Canadian dollars (about $31), up from 20 Canadian dollars ($16) under NAFTA. The change makes U.S. products more competitive in Canada because they will be subject to less tax at the border — and delivers savings to Canadians who shop online. However, trade attorney Ujczo notes, the higher threshold poses a threat to Canadian retailers.

The commercial dispute has all the drama of a pirate movie.
Jun 30th, 2020

Biometric Legislation: Traps for the Unwary