Economists say the positive results largely reflected the delayed benefits of finally mending the damage from the worst downturn in nearly 80 years. 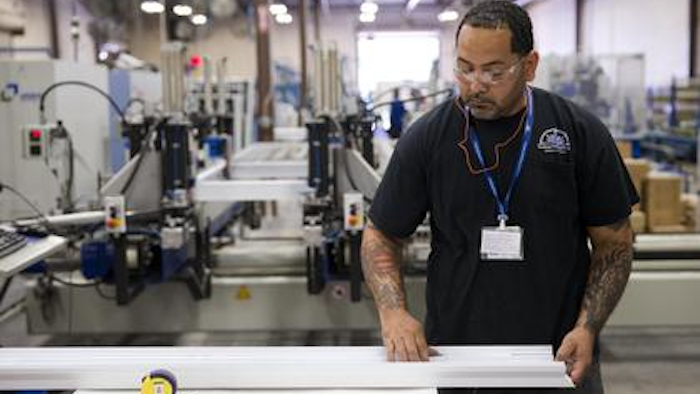 More than five years removed from the Great Recession, worries had taken hold at the start of the year that perhaps the world's largest economy had slid into a semi-permanent funk.

But consumers, businesses and investors, after enduring a brutal winter, showed renewed vigor as the year wore on and set the United States apart from much of the world.

Stocks repeatedly set record highs — and did so again Friday, with the Dow Jones industrial average rising modestly to a new peak. Employers were on pace to add nearly 3 million jobs, the most in 15 years. Sinking oil prices cut gasoline costs to their lowest levels since May 2009. Auto sales accelerated. Inflation was a historically low sub-2 percent.

The U.S. economy proved it could thrive even as the Federal Reserve ended its bond buying program, which had been intended to aid growth by holding down long-term loan rates.

All told, the United States remained insulated from the financial struggles surfacing everywhere from Europe and Latin America to China, Japan and Russia.

So what explained the U.S. economy's resilience this year?

Economists say it largely reflected the delayed benefits of finally mending the damage from the worst downturn in nearly 80 years. Unlike past recoveries that enjoyed comparatively swift rebounds, this one proved agonizingly slow. It took 6½ years to regain all the jobs lost to the recession — 8.7 million — far longer than during previous recoveries.

"It was a healing process from a severe recession and the financial crisis," said Richard Moody, chief economist at Regions Financial, a bank based in Alabama.

But worries earlier this year that the economy might be trapped indefinitely by sluggish growth have largely faded. Here are the economic highlights of 2014:

Employers added 2.65 million jobs over the first 11 months of the year, and the unemployment rate sank to 5.8 percent from 6.7 percent. When the government announces the December job data next month, the 2014 job total is expected to be just shy of 3 million — the most since the dot-com era in 1999. Compared with recent years, those gains have been less concentrated in lower-paying industries such as retail, food service and temp agencies.

Though average wage growth has been modest, the number of people with paychecks — and the ability to spend — has soared. If you exclude the economy's winter-induced 2.1 percent annual contraction in the first quarter of the year, annualized growth has averaged 4.4 percent in four of the past five quarters. That's far above the historic average of roughly 3.2 percent in the decades after World War II.

Stocks extended their bullish stampede of nearly six years. The Standard & Poor's 500 index climbed about 13 percent this year, hitting record highs more than 50 times. If you bought the index at a market bottom in March 2009, you've basically tripled your money. Corporate mergers helped drive this year's gains, along with major companies buying up $400 billion-plus of their own stock.

In a gift for U.S. consumers, energy got significantly cheaper. Crude oil prices were essentially cut in half from this year's high. The slowing economies in Europe and Asia curbed demand, while production remained steady. The price decline trickled down to gasoline pumps. Average prices nationwide dropped to $2.32 a gallon, down roughly a dollar from a year ago, according to AAA. Some of that price slowdown has hurt U.S. oil producers, which must weigh layoffs. But overall, cheaper oil is a positive. Federal Reserve Chair Janet Yellen noted that the falling prices resemble a tax cut, generating savings for consumers that can be spent elsewhere to drive economic growth.

Far more Americans splurged on a new car after having held onto aging vehicles during the recession and slow early stages of the recovery. Sales were on track to increase 6 percent this year, with 16.5 million new vehicles on the road, according to Cars.com. That would be the best sales pace since 2006.

Even as the economy has strengthened — usually a sign that interest rates will rise — it's become easier to borrow. More loans mean more spending and faster growth. Rates have declined even though the Fed ended its program to stimulate growth by buying billions in Treasury and mortgage bonds each month.

The yield on the 10-year Treasury note has slipped to about 2.27 percent from 3 percent when the year began. The average 30-year fixed mortgage is 3.83 percent, down from roughly 4.5 percent a year ago.