The leaders of France and Italy announced a deal Wednesday that allows Italian shipbuilder Fincantieri to take control of France's STX shipyard with a shared goal of creating a world behemoth in the naval industry. 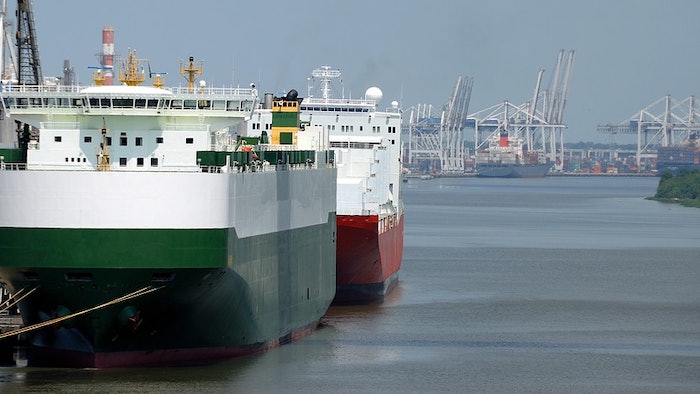 The leaders of France and Italy announced a deal Wednesday that allows Italian shipbuilder Fincantieri to take control of France's STX shipyard with a shared goal of creating a world behemoth in the naval industry.

The deal also brings an end to a weekslong dispute between the two countries after France had unexpectedly blocked a takeover by Fincantieri this summer, citing job and strategic concerns.

The agreement was announced one day after the high-profile merger between Germany's Siemens and France's Alstom to create a European train-making giant.

Macron, speaking alongside Italian Premier Paolo Gentiloni in the French city of Lyon, called the French-Italian shipyard agreement a "win-win deal" aimed at "creating a world champion in the naval field."

Putting the industrial dispute between the two countries behind him, Gentiloni also emphasized the new entity's potential as a naval industry giant and said its success would help Europe as a whole down the line.

"Italy and France have a great need for a Europe that is a motor of investment, work, and growth," he said.

STX is the only shipyard in France big enough to build aircraft carriers and large warships. Last year, it turned out the world's largest cruise ship, the Harmony of the Seas, and earlier created the Queen Mary II.

The deal effectively gives state-controlled Fincantieri a 51 percent stake in the key shipyard, which is located on the Atlantic coast in Saint-Nazaire.

Fincantieri will pay 60 million euros ($70.5 million) to own 50 percent of STX, Macron's office said. France will lend Fincantieri another 1 percent stake to give the Italian group operational control.

The lending mechanism allows France to take back the 1 percent stake during the next 12 years, if the French government determines Fincantieri is not complying with its commitments.

The remaining 49 percent stake will remain in French hands, held mostly by the government and the state-owned Naval Group.

Under the new shareholder structure, 34.34 percent will be owned by the French state, including the 1 percent stake loaned to Fincantieri.

Fincantieri has committed to maintaining the shipyard's research and development division in France; to not transferring know-how or intellectual property outside Europe; to granting France a right of veto over the future name of the STX company; and to giving the French special rights related to the military activity of STX, Macron's office said.

France will pay particular attention to Fincantieri's compliance with: the rules of governance, the level of investment, the preservation of jobs on French soil, and the activity of French subcontractors, the French presidency said.

Fincantieri shares were up 1.8 percent in late morning trading amid expectations of a deal being reached.

In July, the French government temporarily nationalized the shipyard to prevent Fincantieri from taking it over and to give itself time to negotiate more guarantees.

At the time, the French government had argued it needed to defend its strategic and military interests, guarantee thousands of jobs, and ensure that French know-how was not transferred outside Europe.

Corbet reported from Paris. Philippe Sotto in Paris and Nicole Winfield in Rome contributed to the story.